Home > Back to Search Results > The Great Dayton Flood...
Click image to enlarge 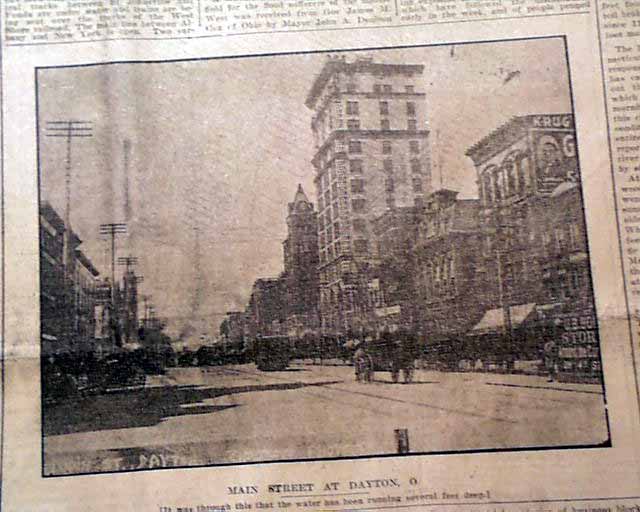 This 20 page newspaper has one column headlines on the front page that include: "DAYTON WORKHOUSE PANIC", "200 Dead In South End Of City", "OHIO TOWNS ISOLATED"
"Whole Villages Submerged", "Dayton Leads In Loss Of Life", and more with two related photos (see images).