Home > One of the earliest Pennsylvania newspapers...
Click image to enlarge 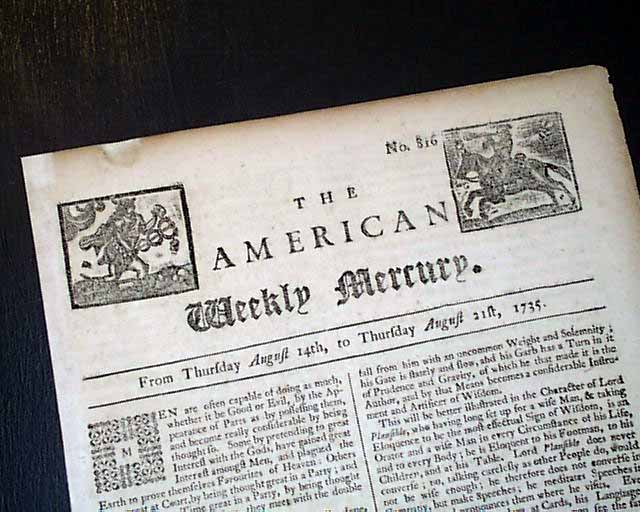 THE AMERICAN WEEKLY MERCURY, Philadelphia, August 21, 1735   An extremely rare newspaper which began in 1719 and only published through 1749. It was the very first newspaper in all of the Middle Colonies, and only the fourth newspaper published in all of the American colonies.
As any serious collector of newspapers knows, it is exceedingly difficult to find any colonial American newspapers from before 1760, let alone an issue from as early as 1735. This was from just 3 years after the birth of George Washington, from the premier city of the colonies at that time, and from when Ben Franklin was just beginning his career. It is a handsome newspaper as well as the masthead features two wood engravings which make this a very decorative issue for display.
This complete 4 page issue contains various items with datelines from around the world. There are several advertisements on the back page as well.
Professionally rejoined at the spine, in great condition, measures 7 1/2 by 11 3/4 inches, very nice, clean condition. 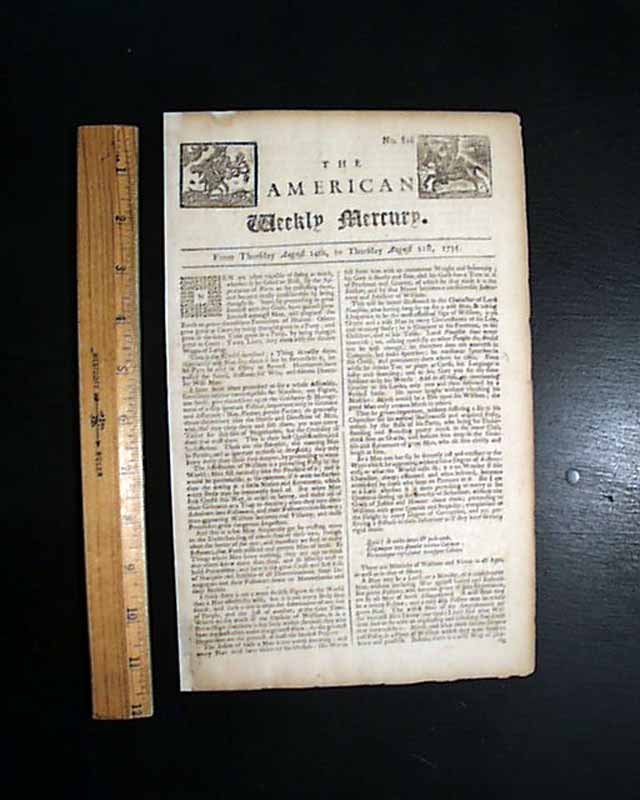 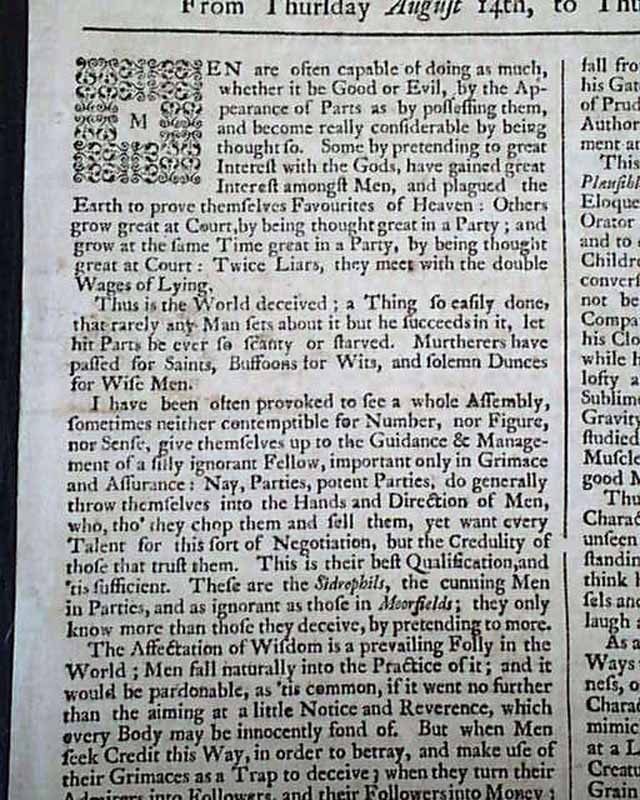 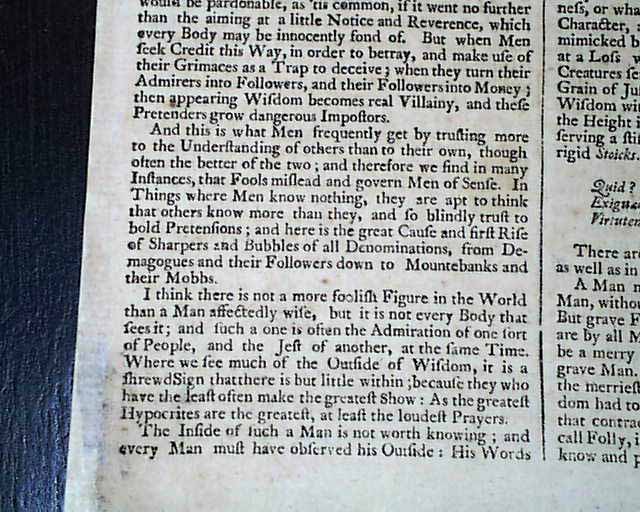 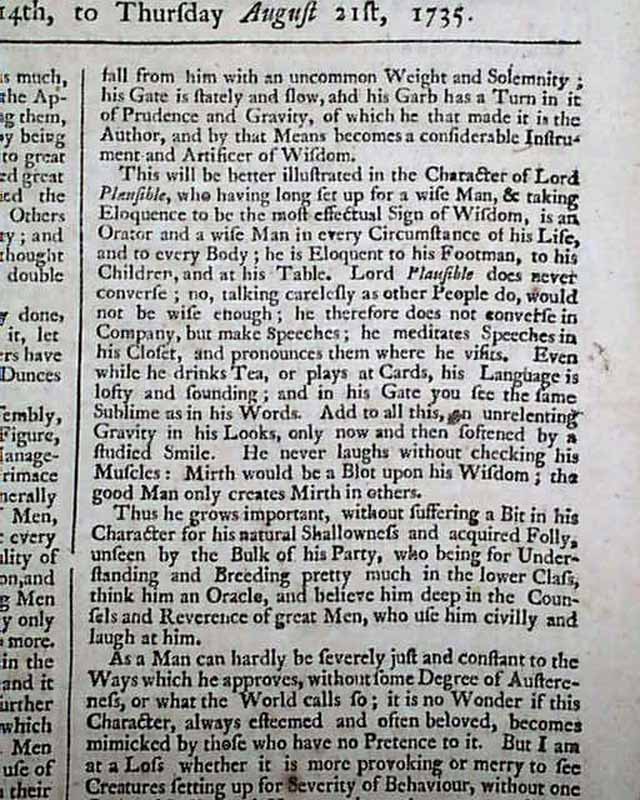 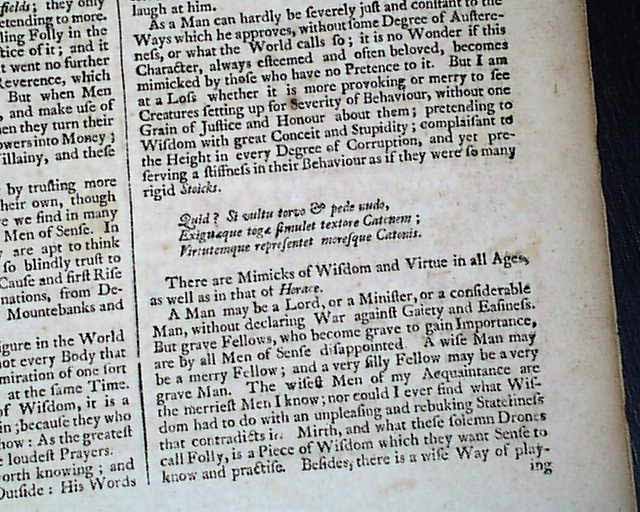 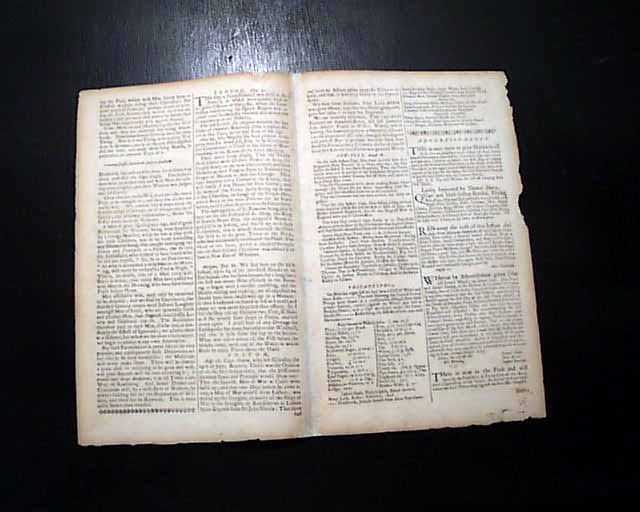 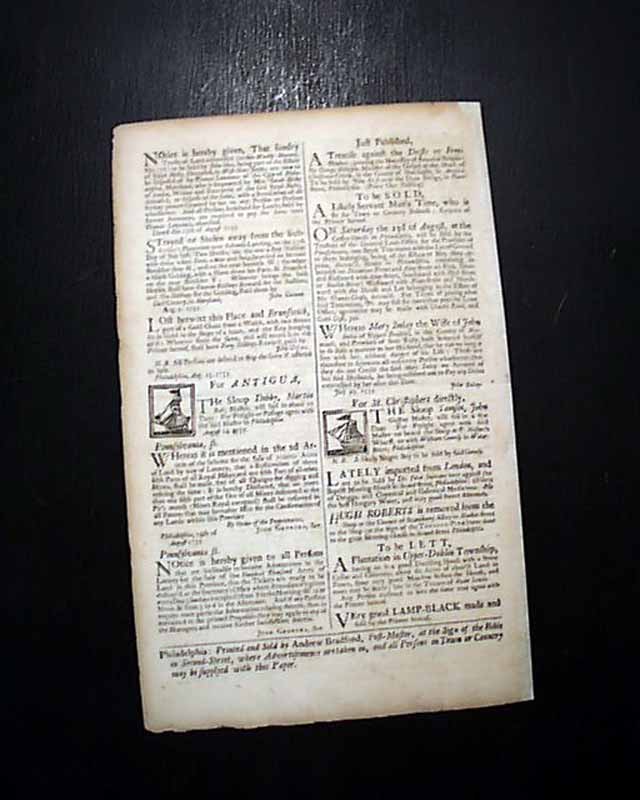