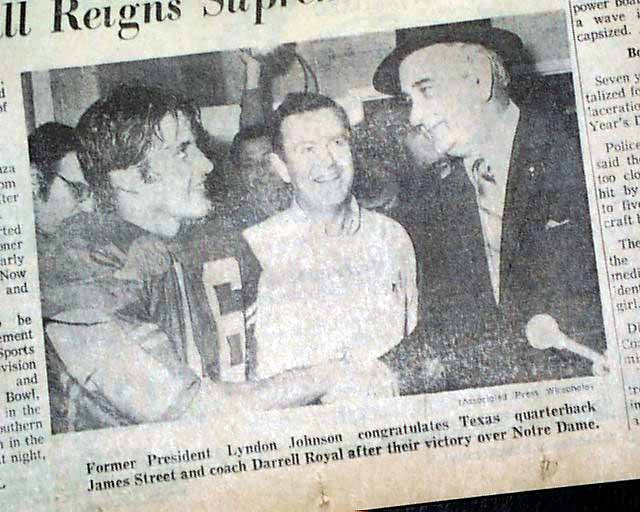 
THE SPRINGFIELD UNION, Springfield, Massachusetts, January 2, 1970  This 38 page newspaper has a four column photo at the bottom of the front page with heading: "Football Reigns Supreme on TV".

This tells of the of the bowl games played that had controversy over who should be National Champions. Penn State and Texas were both undefeated and President Richard Nixon's comment swayed pollsters to give the title to Texas.