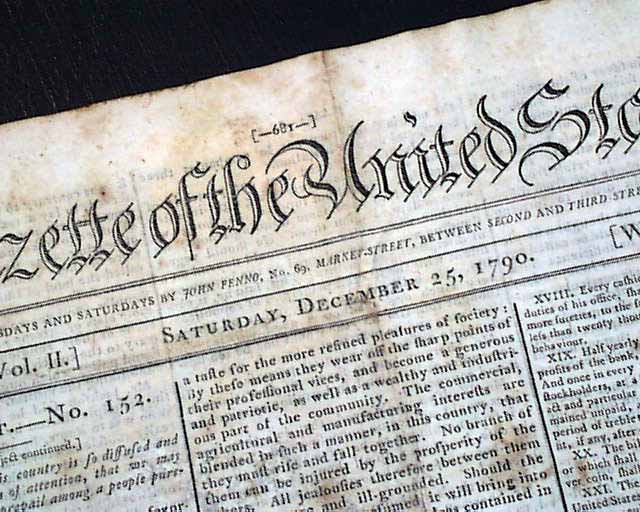 The ftpg. has the "Plan Of A National Bank, As laid before the House of Representatives of the United States by the Secretary of the Treasury, the 13th instant." Plan contains twenty-four sections, but damaged as shown in the photos causes loss to portions of this report (see). An exceedingly historic & desirable report.

Page 3 has a letter from John Adams concerning the reduction of the United States debt, signed by him in type: John Adams (see).  There are a few item on page 3 which related to President George Washington, including two appointments, and the anticipation of his formal address to Congress.

Four pages, but damaged with loss to the central portion of both leaves does detract (see photos). Fortunately none of the damage affects the mentioned reports save for the National Bank content as noted above.

In nice condition this is a $565 issue with the creation of the National Bank content!