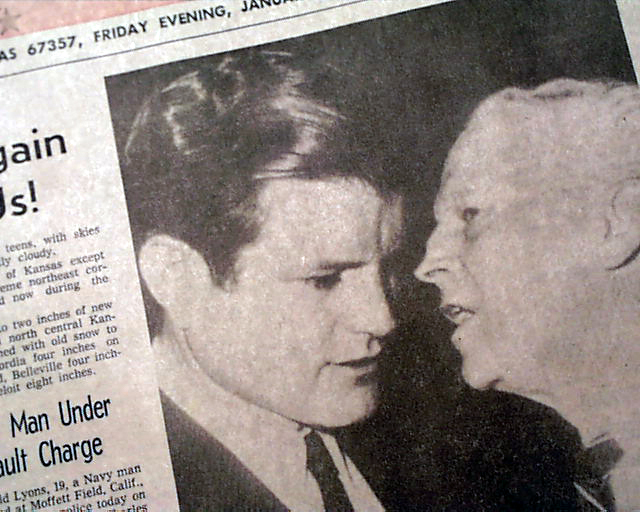 This 10 page newspaper has a two column headline on the front page: "Long Stride By Kennedy" with three column related photo. (see) 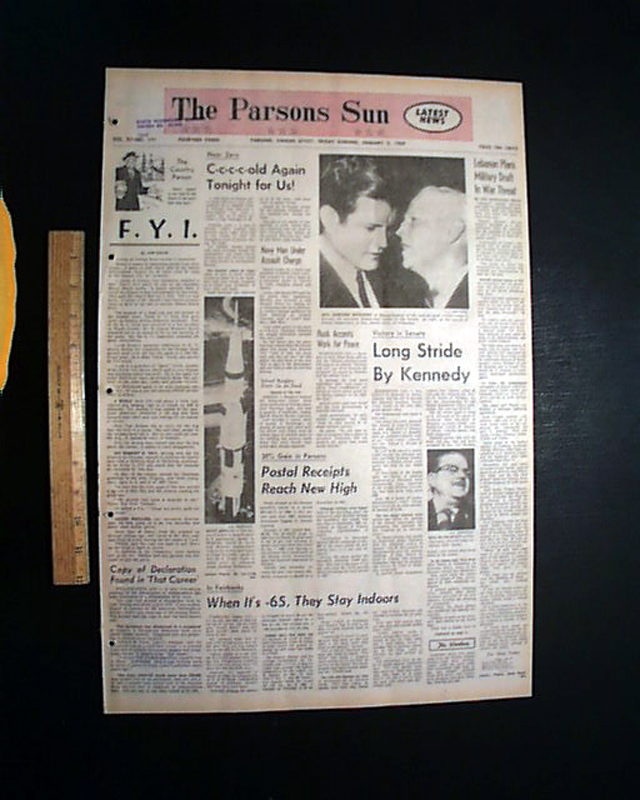 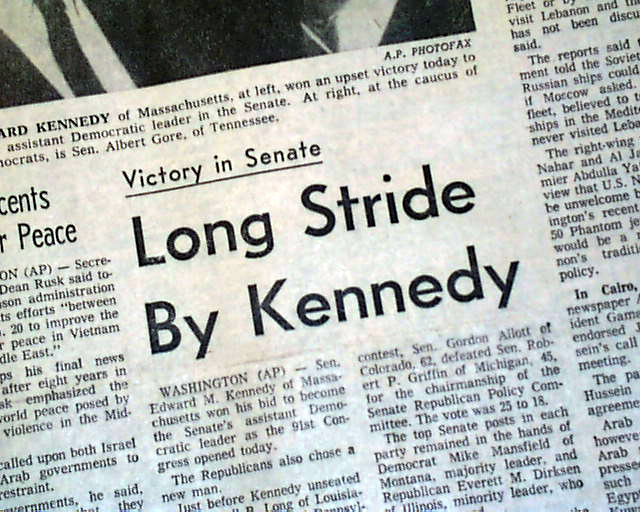 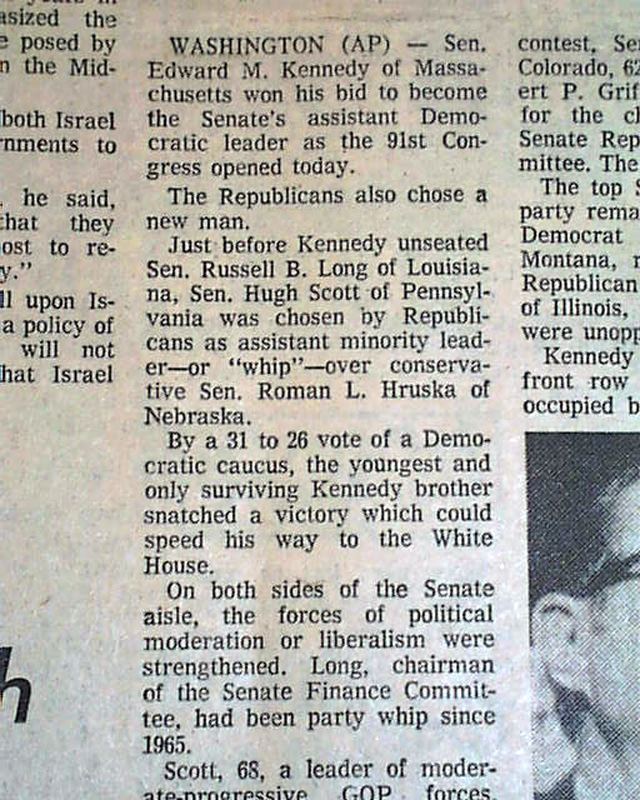 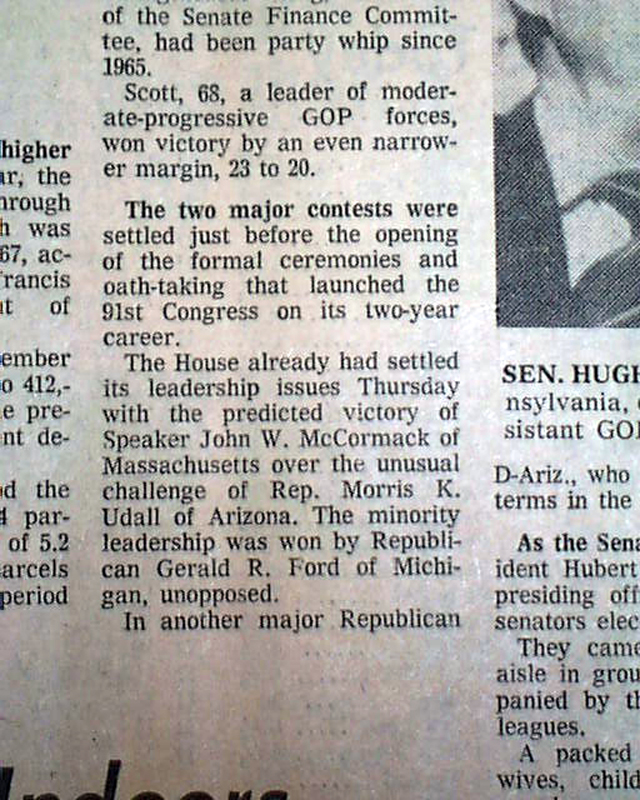 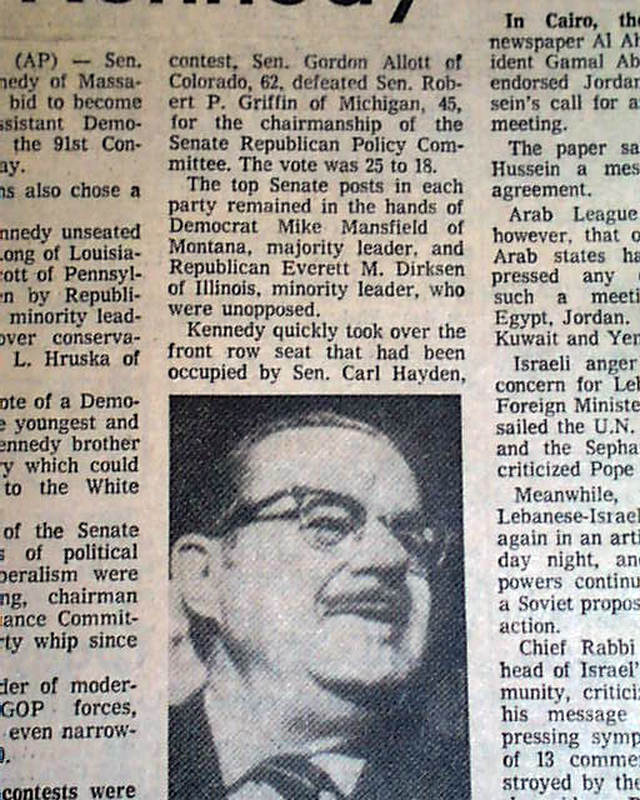 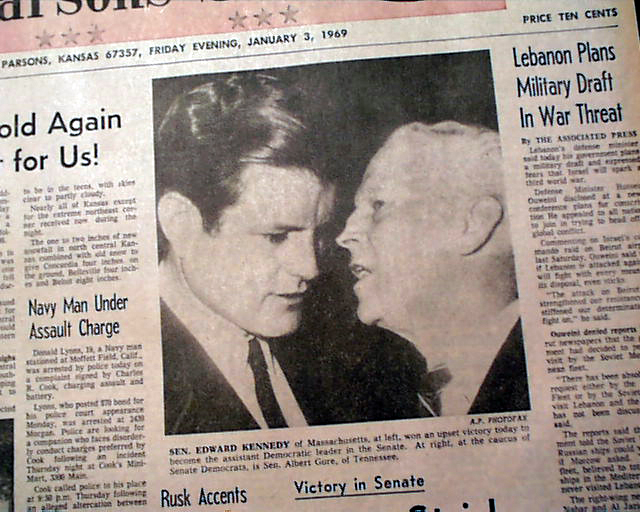