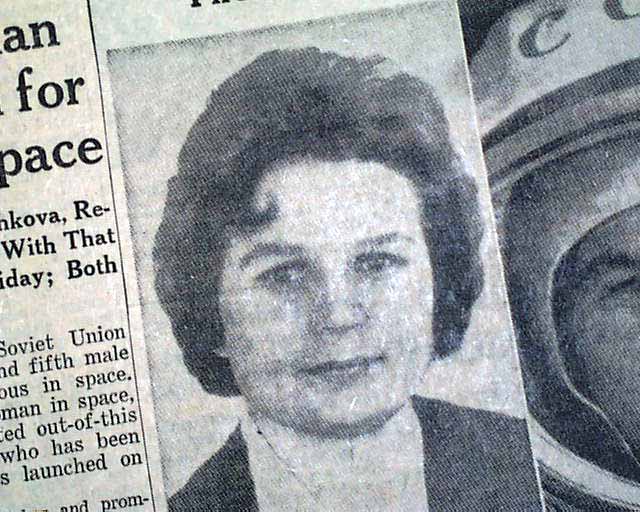 This 22 page newspaper has a nice banner headline on the front page: "SOVIET ORBITS FIRST COSMONETTE" with subheads that include: "26-Year-Old Woman Believed Destined for Rendezvous in Space" and more with 2 related photos of the famous woman. This tells of the Soviet Union rocketing the 1st ever woman into space.

Other news, sports and advertisements of the day throughout.