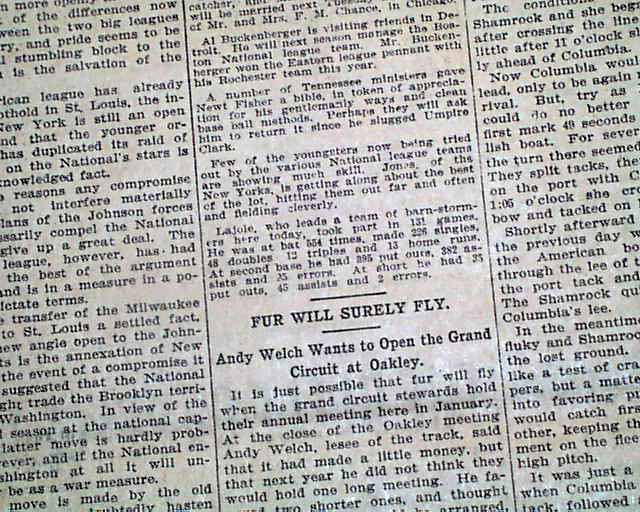 
THE EVENING NEWS, Detroit, Michigan, October 5, 1901  Napoleon "Nap" LaJoie was one of just a select number of 20th century baseball players to end the season above .400 (Ted Williams was the last, now over 68 years ago). Finding batting averages for early 20th century is extremely difficult, however I did find an end-of-the-season report which notes: Lajoie...took part in 131 games. He was at bat 554 times, made 226 singles, 48 doubles 12 triples and 13 home runs...".

Pardon the fact that the numbers are slightly off from the official record book, which notes 543 games, 229 singles, 48 doubles (only one correct), 13 triples and 14 homers, as such errors might be understandable, plus pardon the fact that what they termed "singles" is what we call "hits" today.  If you do the math with the reported numbers his average is .412, while using the official numbers his average is .422, as recorded in the Hall Of Fame at Cooperstown.
So, this might be considered a "grain of salt" report, which essentially notes LaJoie ended the season above .400 even though the reported statistics are slightly off from the official record book.

This issue is complete in 6 pages, which are loose at the spine. The spine is irregular with some loss, and light, even browning throughout. Actually it's in very nice condition for its age. 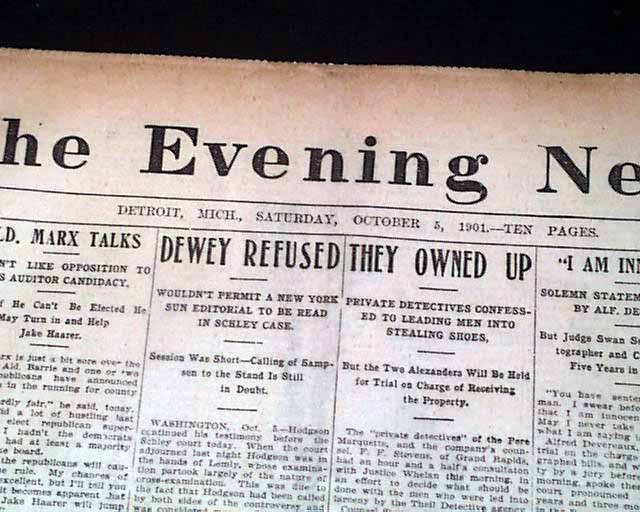 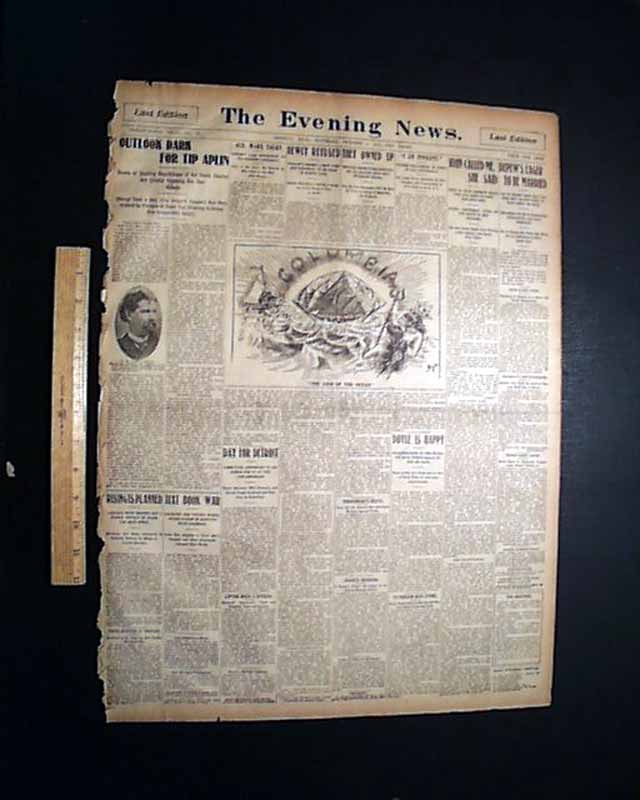