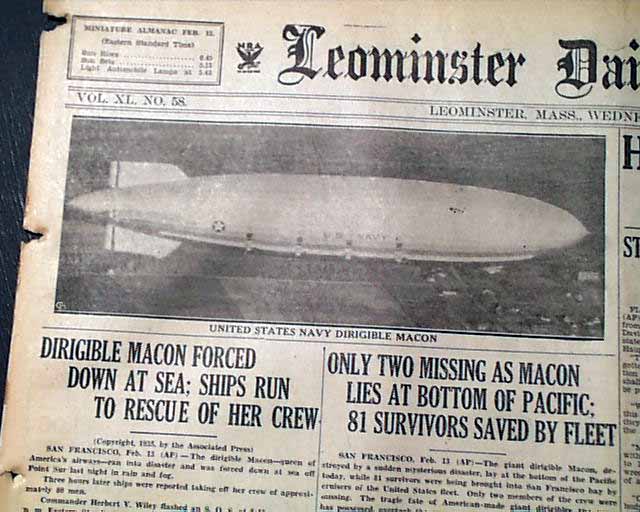 This 8 page newspaper has two column headlines on the front page: "DIRIGIBLE MACON FORCED DOWN AT SEA; SHIPS RUN TO RESCUE OF HER CREW", "ONLY TWO MISSING AS MACON LIES AT BOTTOM OF PACIFIC; 81 SURVIVORS SAVED BY FLEET". 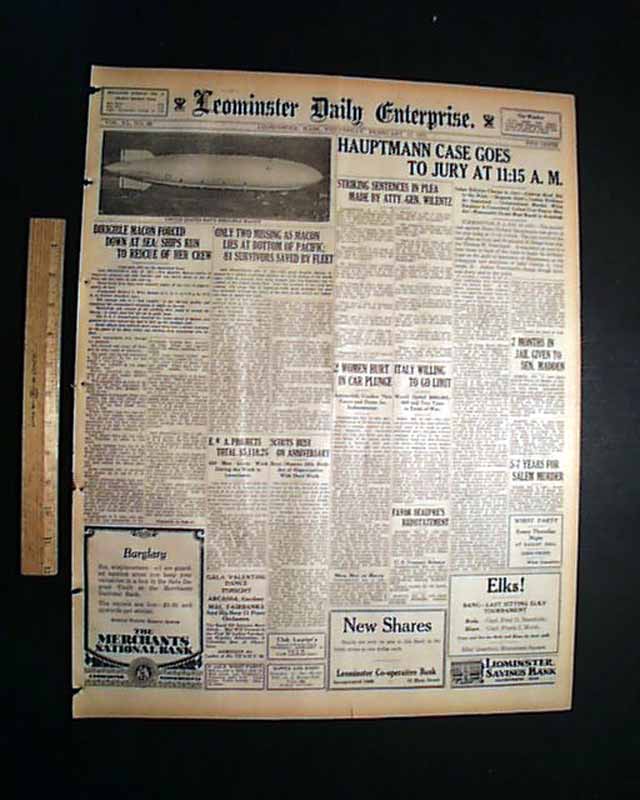 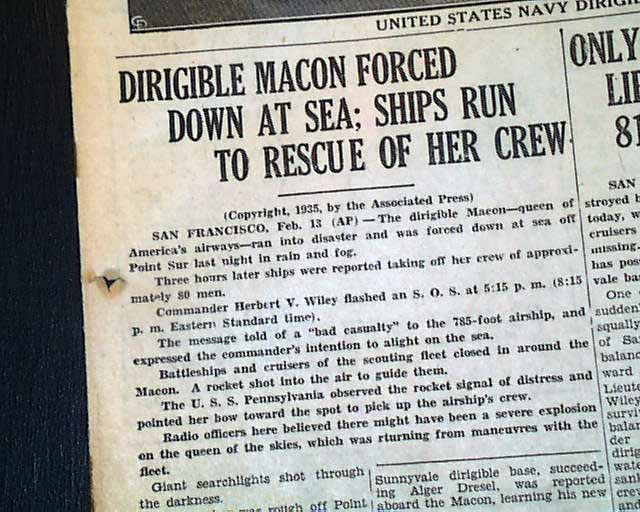 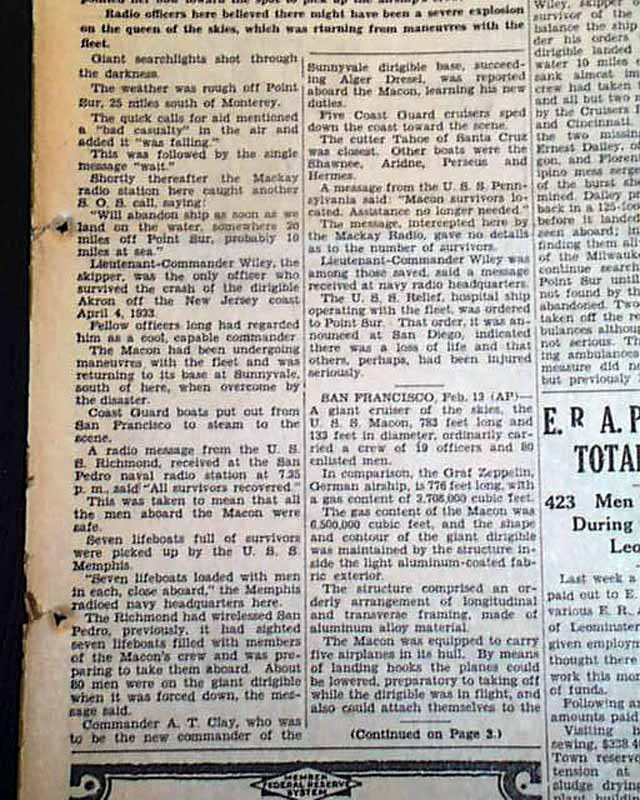 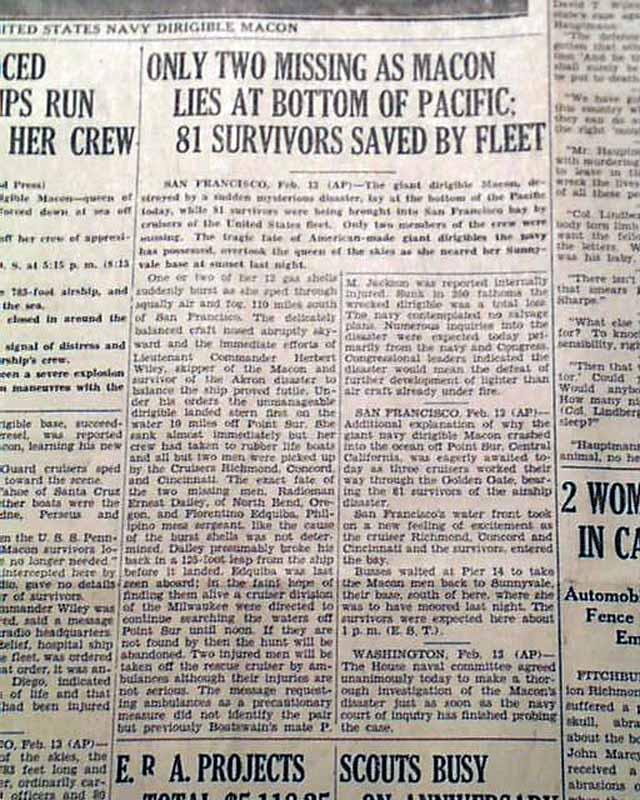 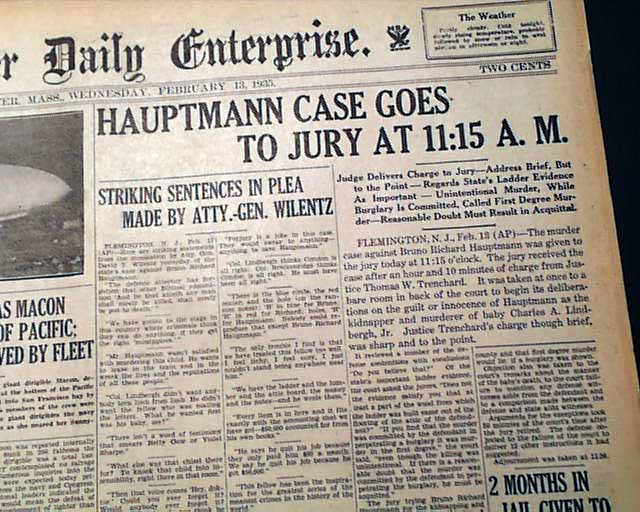