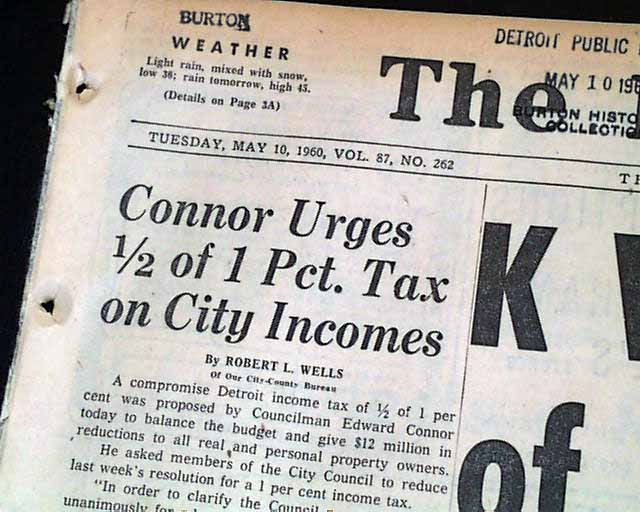 This 40+ page newspaper has a one column headline on page 5B: "U.S. Gives OK to Birth Control Pill".

This made it legal for all woman in the United States to get and use the drug. (historic)

Other news of the day throughout. Some small binding holes along the spine, little margin wear, otherwise good.

wikipedia notes: The Combined Oral Contraceptive Pill (COCP), often referred to as the birth-control pill, or simply "the Pill", is a combination of an estrogen (oestrogen) and a progestin (progestogen), taken by mouth to inhibit normal female fertility. They were first approved for contraceptive use in the United States in 1960, and are a very popular form of birth control. They are currently used by more than 100 million women worldwide and by almost 12 million women in the United States.[1][2] Usage varies widely by country,[3] age, education, and marital status: one quarter of women aged 16–49 in Great Britain currently use the Pill (combined pill or progestogen only pill ("minipill")),[4] compared to only 1% of women in Japan. 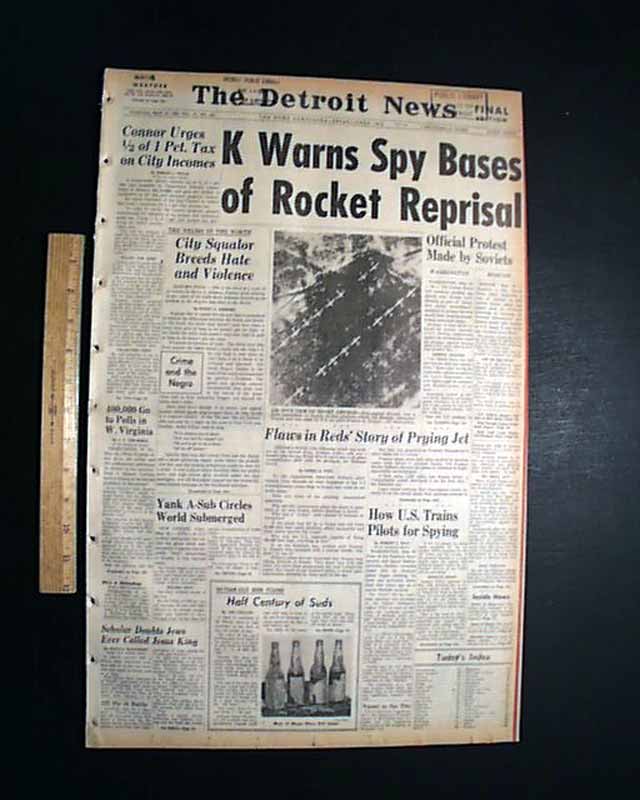 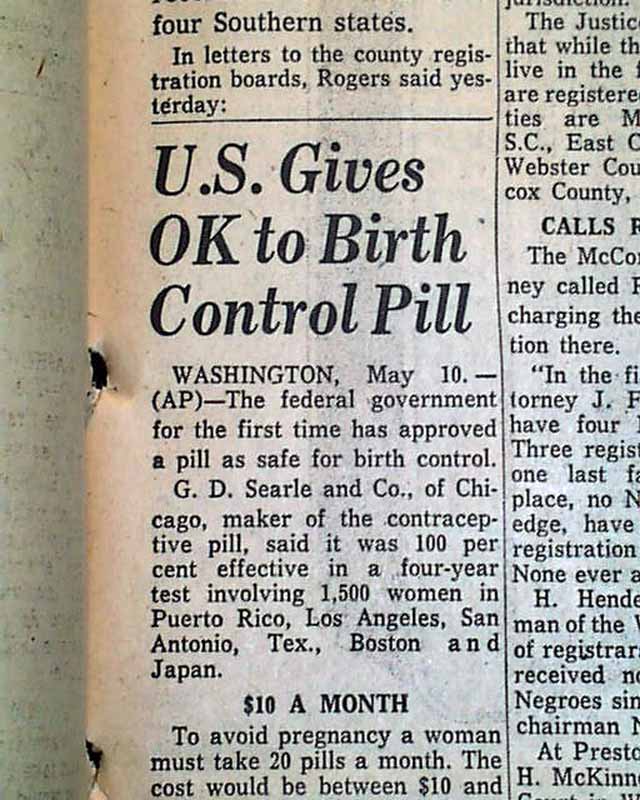 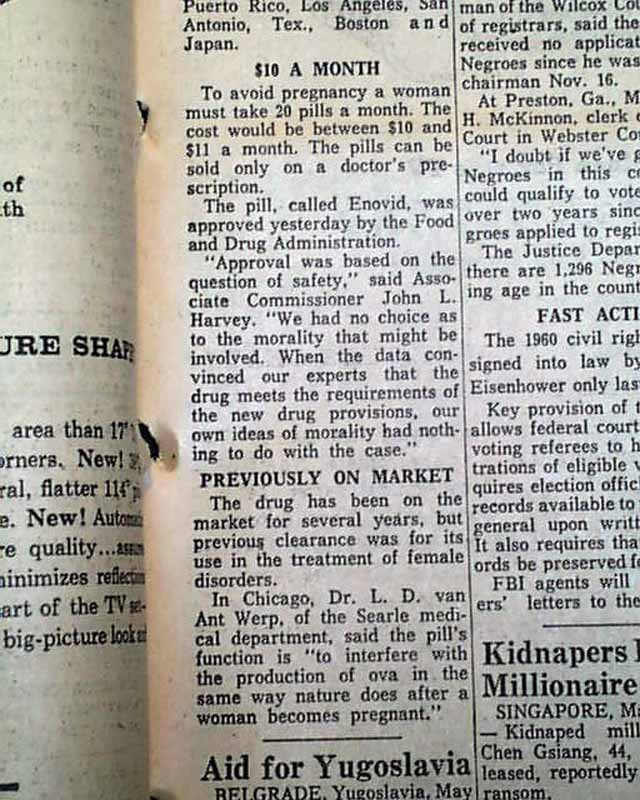