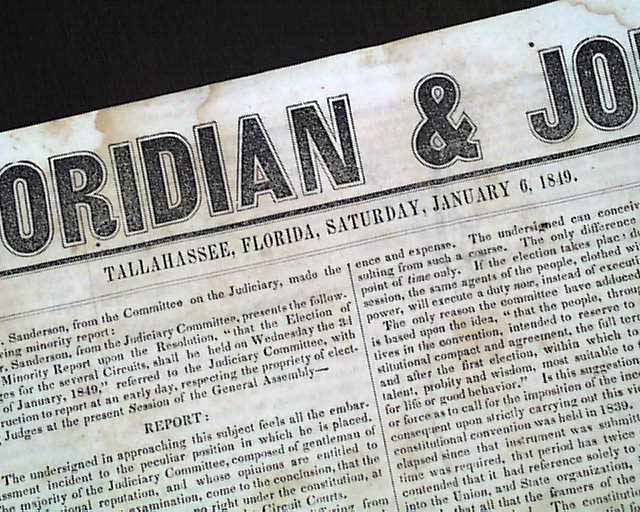 
An early and uncommon title from the Sunshine State, this is the volume I, number 1 issue, from just three years after Florida achieved statehood.

This paper was the joining of The Floridian and the Southern Journal newspapers. Taking all of the front page and part of page 2 is various business conducted by the state senate.

Page 2 has a message from the editors about the establishment of this newspaper, plus a few reports, while page 3 has ads and notices. Taking four columns on the back page is the "Treaty Of Peace, Friendship, Limits And Settlement With The Republic Of Mexico. Concluded February 2, 1848."

Better known as the Treaty of Guadalupe Hidalgo, the document "proclaims" the treaty, after which are the articles of the treaty, dated July 4, 1848, and signed in type: James K. Polk.

Front page has four small ink spots in the text, and a very lite stain in the upper margin, some foxing, otherwise in very good condition.