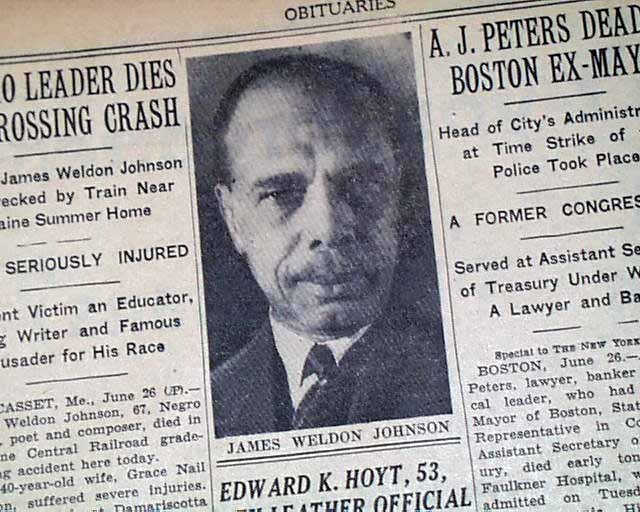 This 34 page newspaper has one column headlines on page 17:

and more with one column photo of Johnson.

Other news of the day throughout. Little browning, otherwise good.

source: wikipedia: James Weldon Johnson (June 17, 1871 – June 26, 1938) was an American author, politician, critic, journalist, poet, anthropologist, educator, lawyer, songwriter, early civil rights activist, and prominent figure in the Harlem Renaissance. Johnson is best remembered for his writing, which includes novels, poems, and collections of folklore. He was also one of the first African-American professors at New York University. Later in life he was a Professor of Creative Literature and Writing at Fisk University. 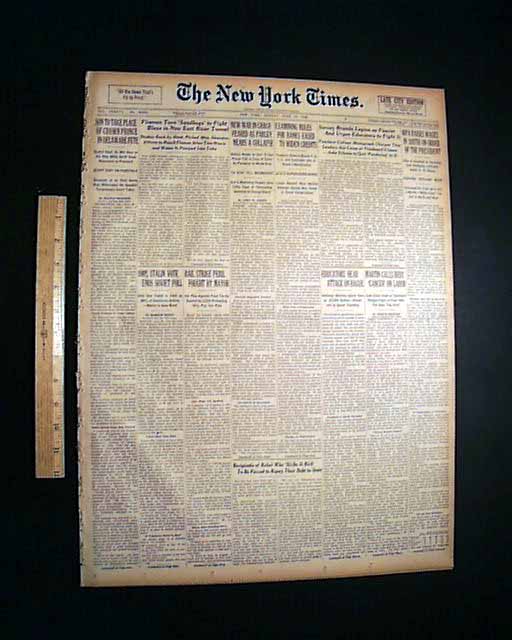 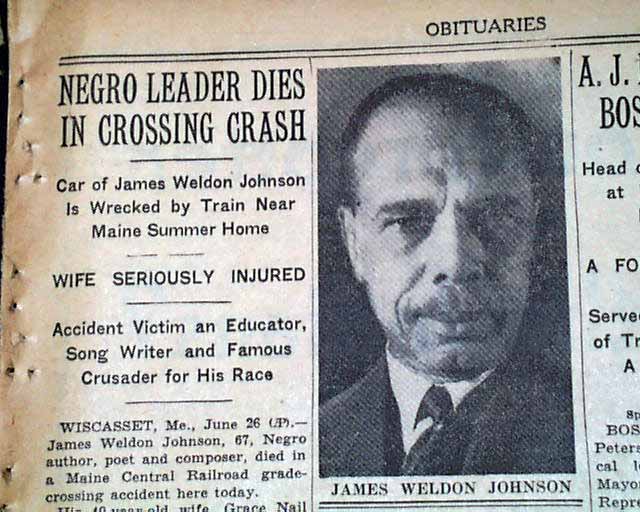 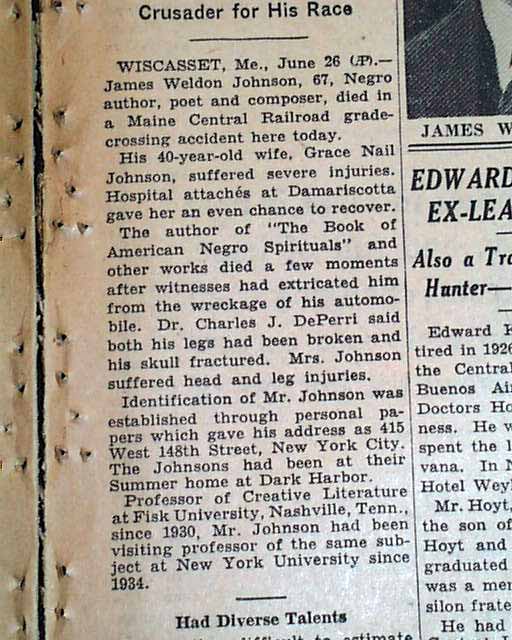 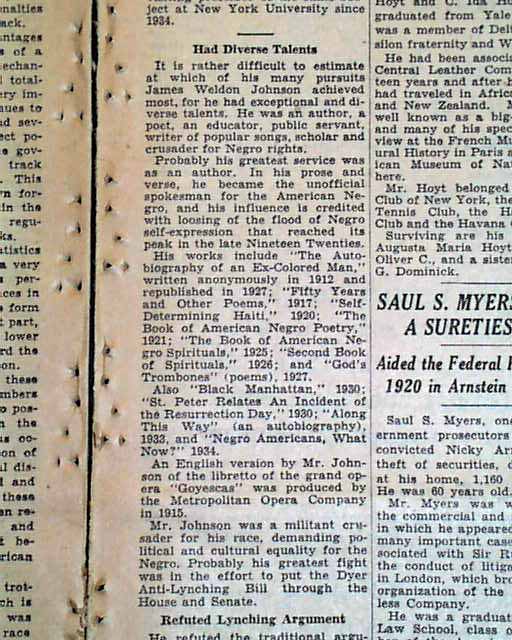 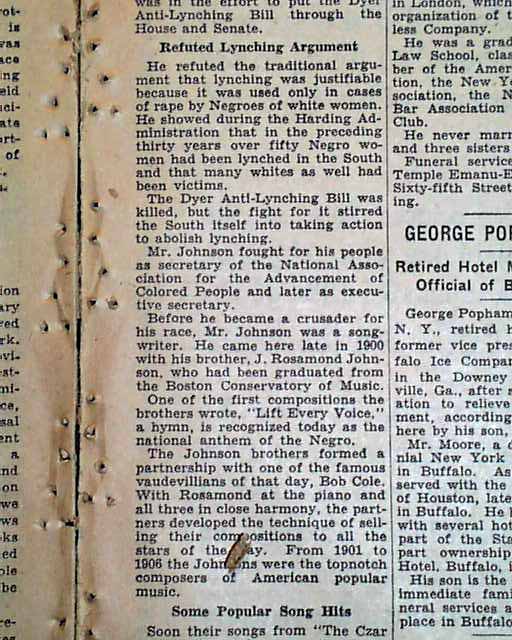 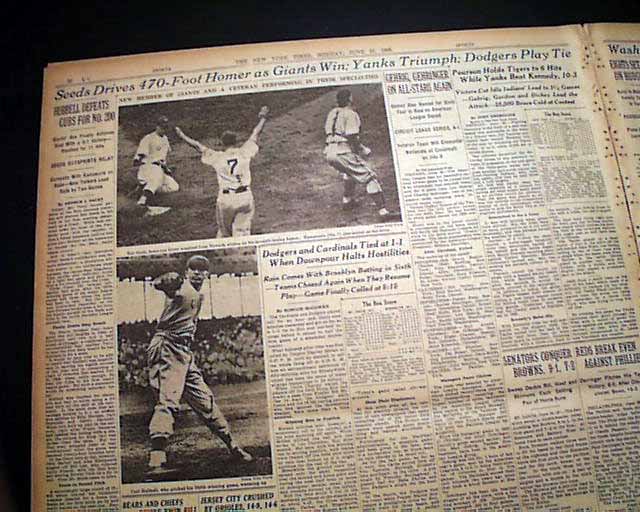