Home > Back to Search Results > The Pennsylvania coal mines...
Click image to enlarge 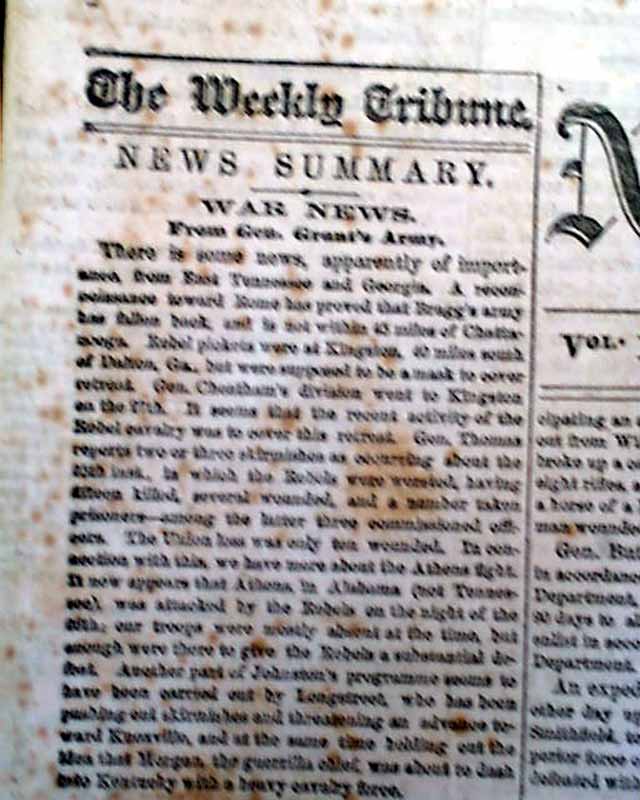 The issue will be in overall nice condition, with only minor wear as indicated in the images.  New York Civil War newspapers were known for their excellent reporting and are generally considered a premium paper from the north.