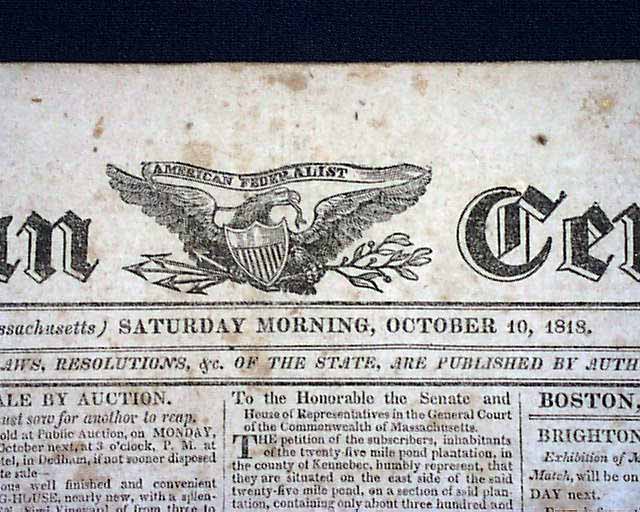 A pg. 2 report from Missouri datelined St. Louis says that ...three millions of bricks...have been laid here since...April..., and that there is a printing office and two banks there, it is situated near rich lead runs, enjoys a great commerce with the Indians, has a population of 2000 and a bit more. Another report from the Pittsburgh Gazette states that on a particular day the beach of the Monongahela was ...lined with flat boats destined for the Illinois and other districts below the Falls of Ohio. The...emigrants ...are... composed of English... Other news of the day includes: "Maine Militia" "Military" "Connecticut Constitution" and more. Archival mends to four tears at the spine, lite foxing. 4 pages.