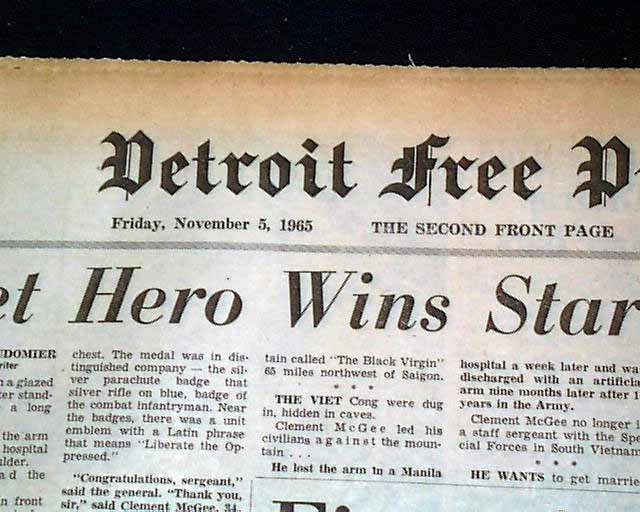 This 40+ page newspaper has a two line, two column headline on page 2 of the sports section: "Mrs. Breedlove Hits 308 MPH in Jet Car" tells of the woman's land speed record that was broken by Lee Ann Roberts Breedlove. Other news of the day throughout.