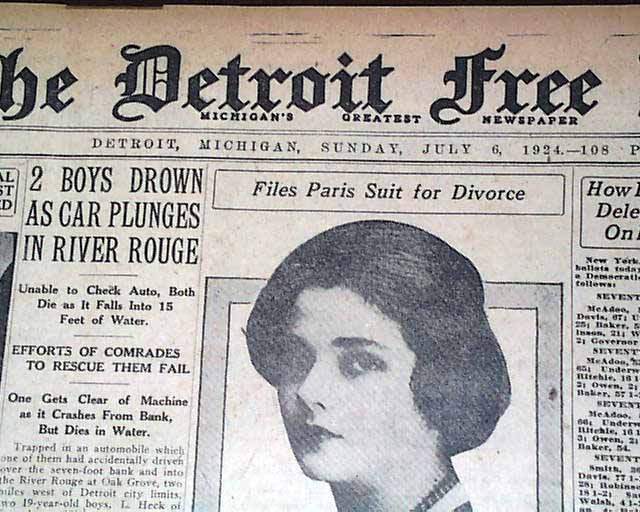 Within this Sunday edition is a nice section on film and theater, which includes over half a page of photos of stars of the day (see below), including John Gilbert, Gloria Swanson, Harold Lloyd, Laurette Taylor & others. The facing page has a nice advertisement for Gloria Swanson in the film "Manhandled" (see photo).

Many other film & theater related ads and articles as well. You get the complete issue which is in very nice condition.