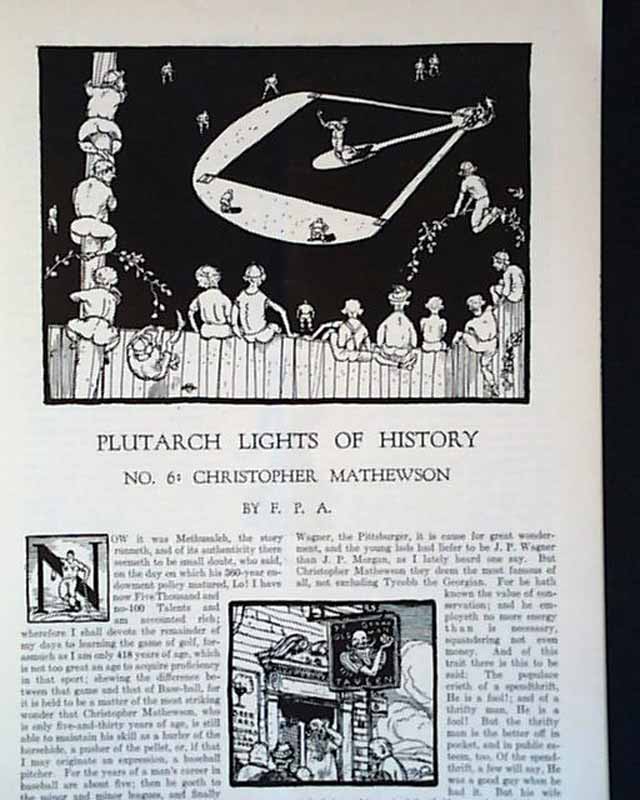 Note: As is typical for the later issues of Harper's Weekly, the color cover is not present.

In this issue, there are several articles including "Two Poems by Richard Le Gallienne; "The Five Ages of the Bowery"; "The Wilson Administration and the Wage-Worker" by William B. Wilson, Secretary of Labor; "The Correspondent-School Linguist" by Robert C. Benchley; "Plutarch Lights of History--No. 6: Christopher Mathewson" by F. P. A.; "Bakst Aside" Cornelia Sterrett Penfield; "An Issue of the Next Election" by F. J. H. Von Engelken; "Woman's Education in Virginia" by George F. Milton, Jr. and "Rowing Difficulties at Harvard" plus much more.

This issue is complete in 16 pages, and is in very good condition. No color cover is present.