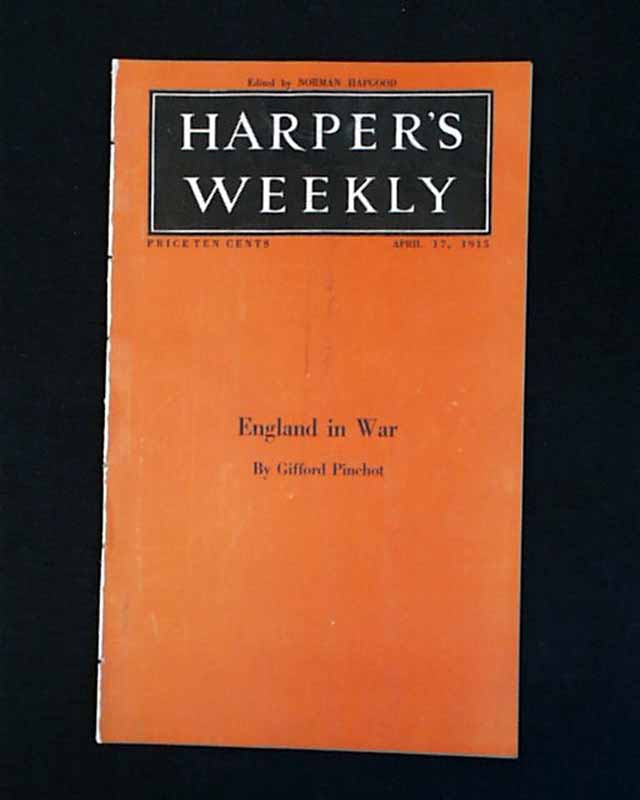 This issue has a color cover page before the title page. On the back of the cover page there is a photo of "News at the Front--From the Front."

In this issue, there are several articles including "England in War" by Gifford Pinchot which includes several photos; "Play Ball" by Billy Evans; "Dead Babies" by mary Alden Hopkins; "Hawss, Foot and Gunnery at Gallop" by Herbert Reed; "Theodore Roosevelt--Muckraker" by McGregor; "Christ and Fifth Avenue" by C. W. Miles; "The Shkypetars" by George Fred Williams and "Railway Mail Pay" by Ralph Peters and much more.

There are also several illustrations in this issue including "Pen and Inklings--Some Counter-feit Bills" by Oliver Herford and the double page centerfold illustration which is two illustration by Enright. One is titled "Servia: I may have hatched you out, but you're no child of mine." and the other is titled "For Future Generations." 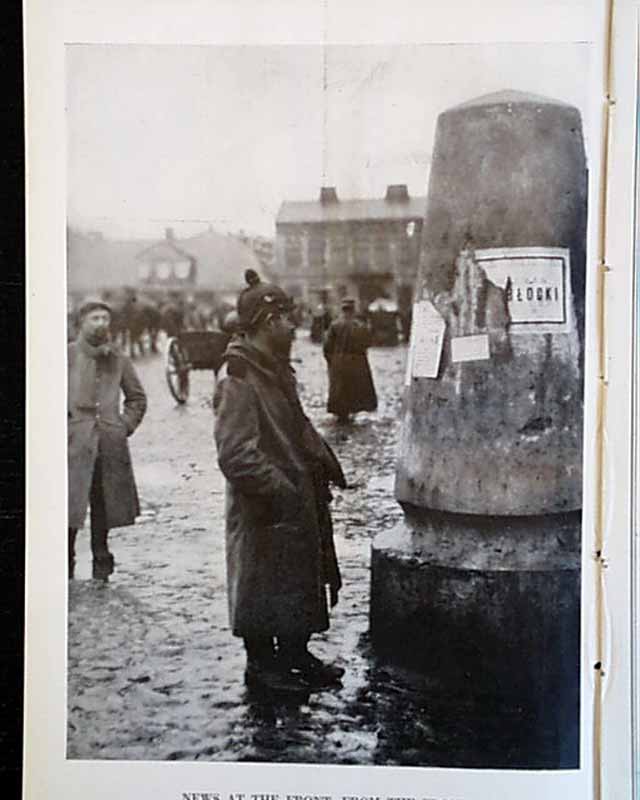 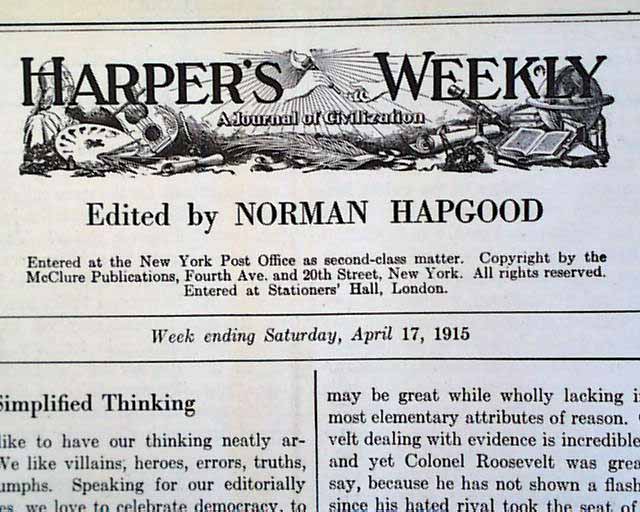 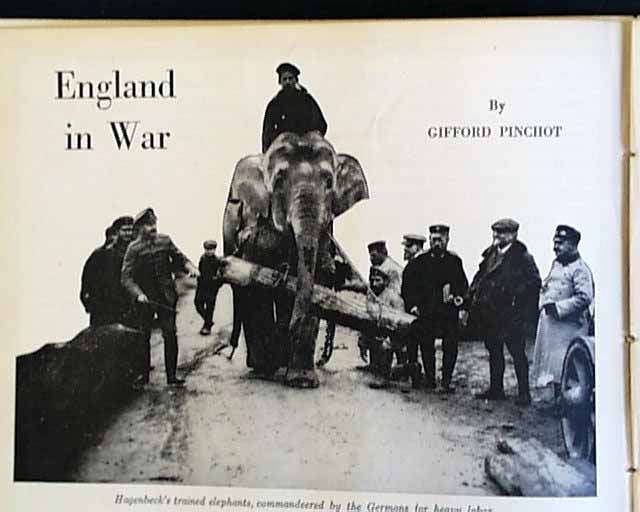 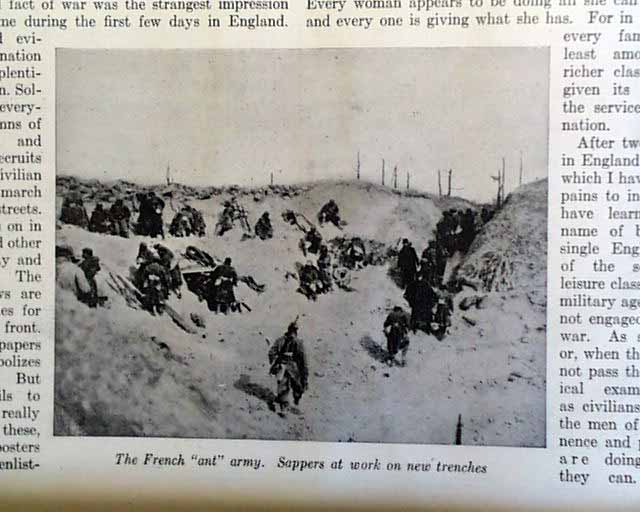 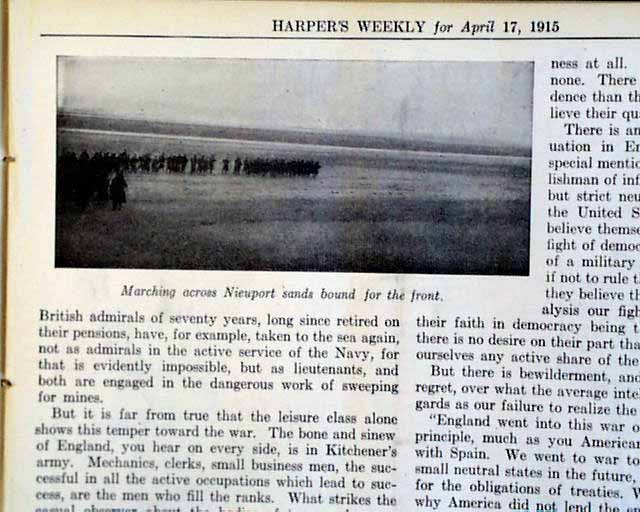 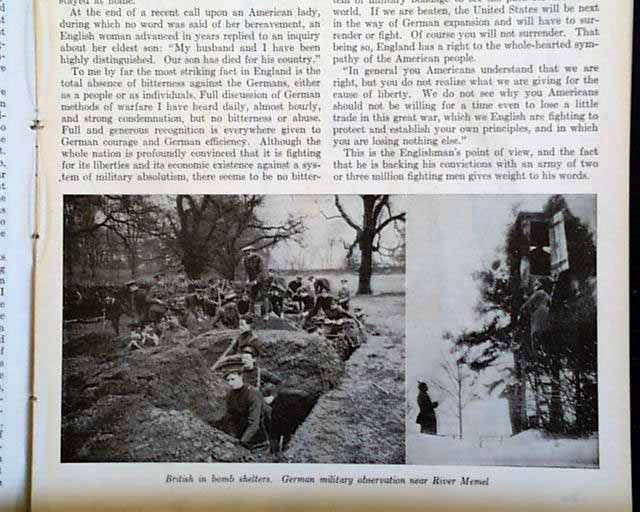 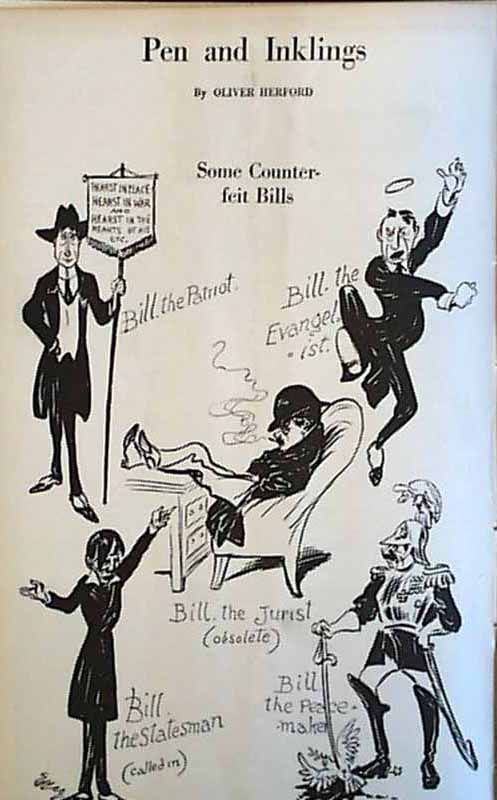 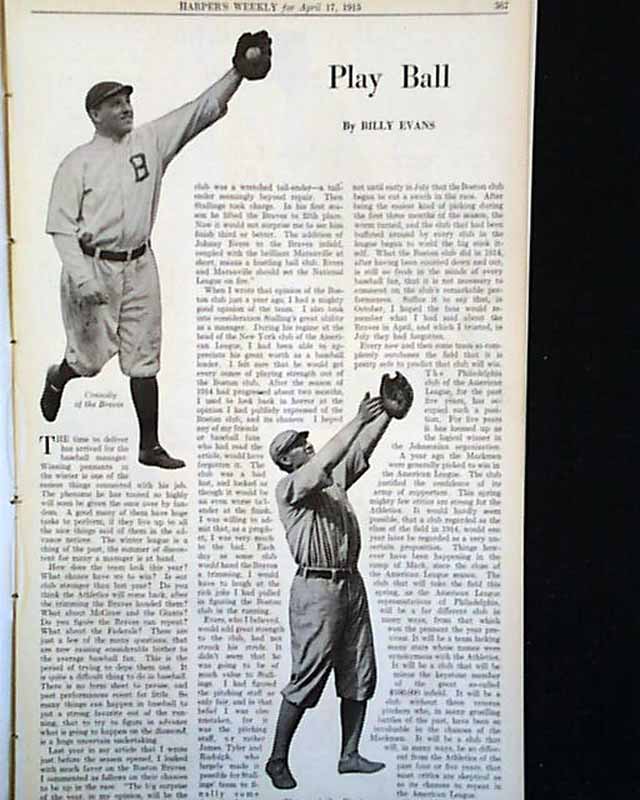 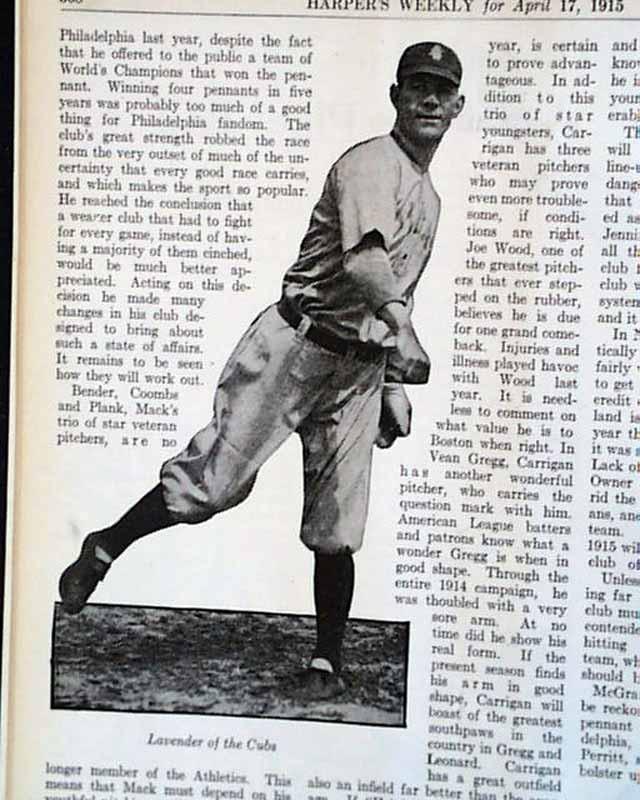 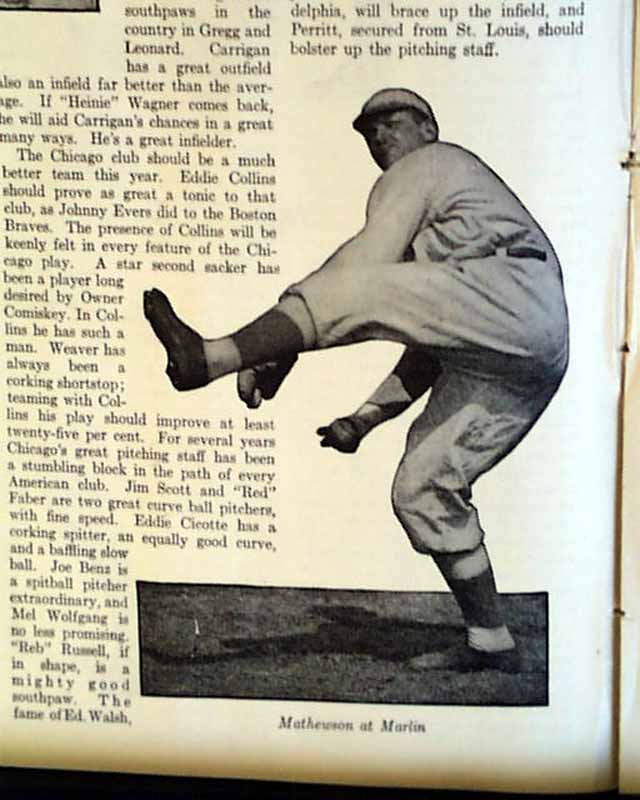 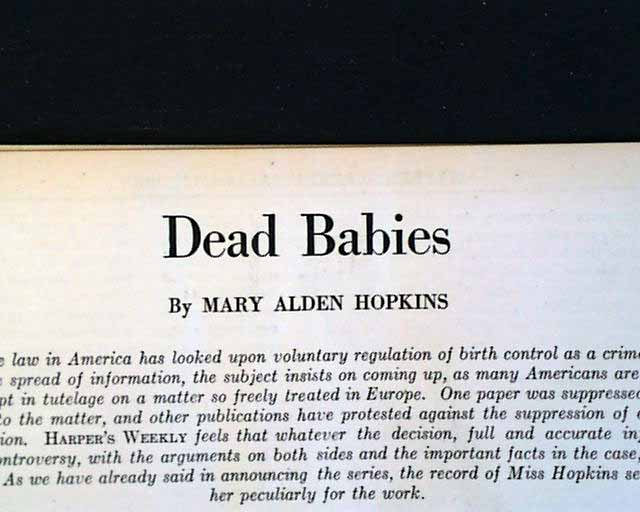 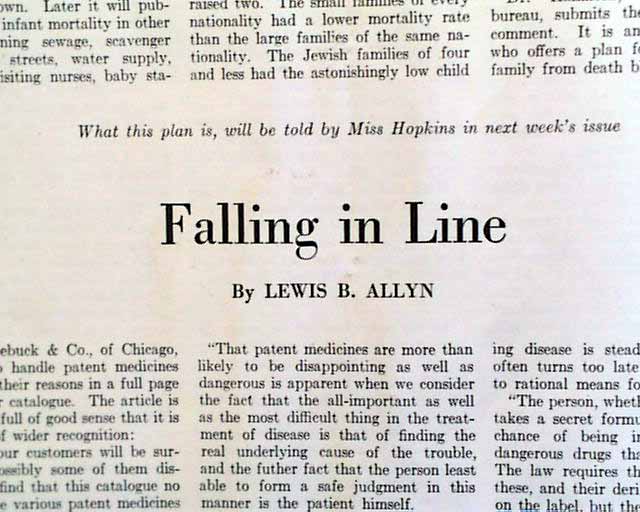 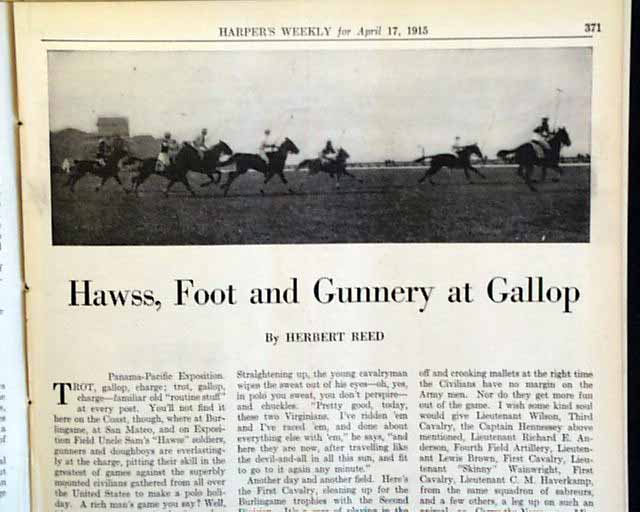 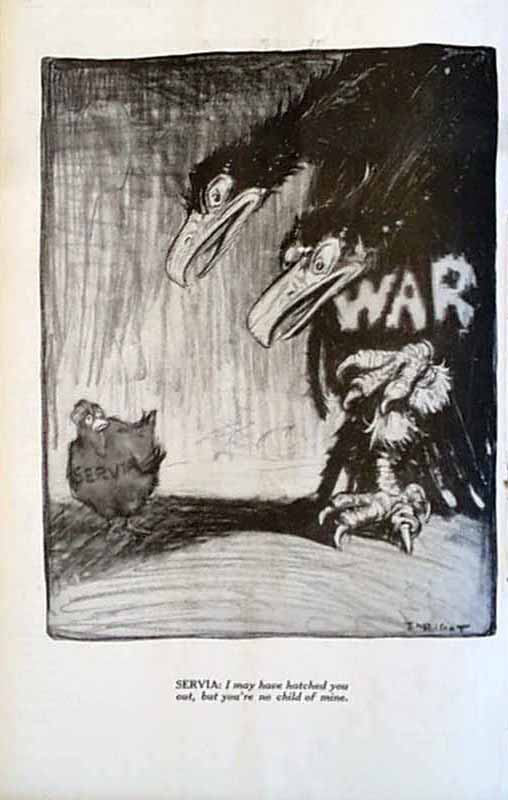 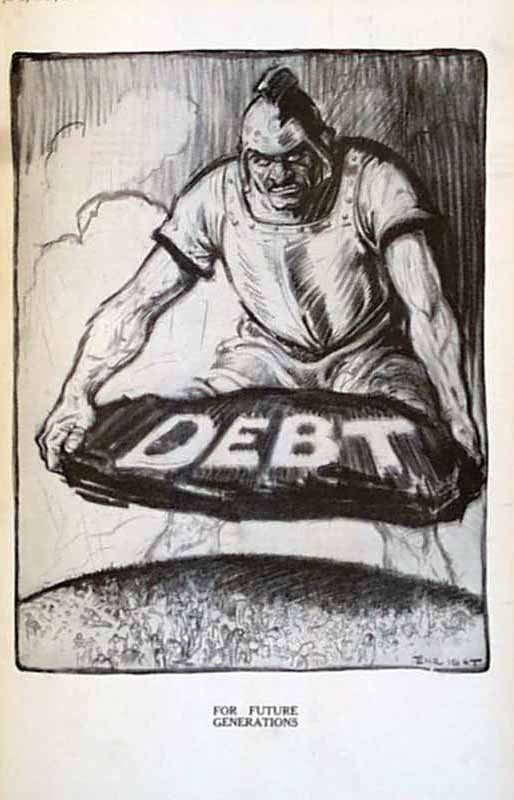 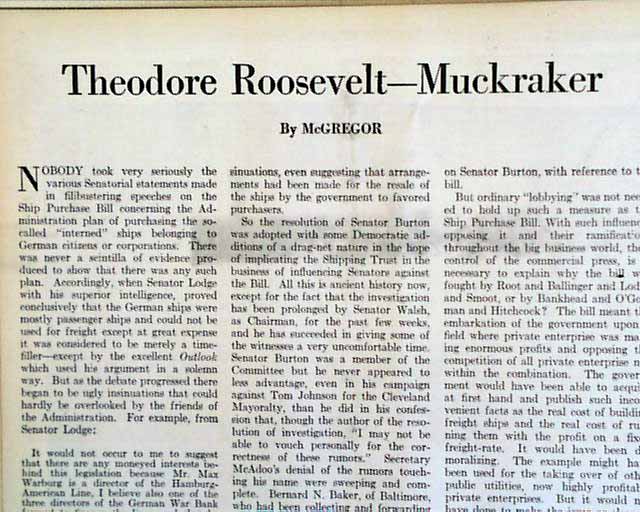 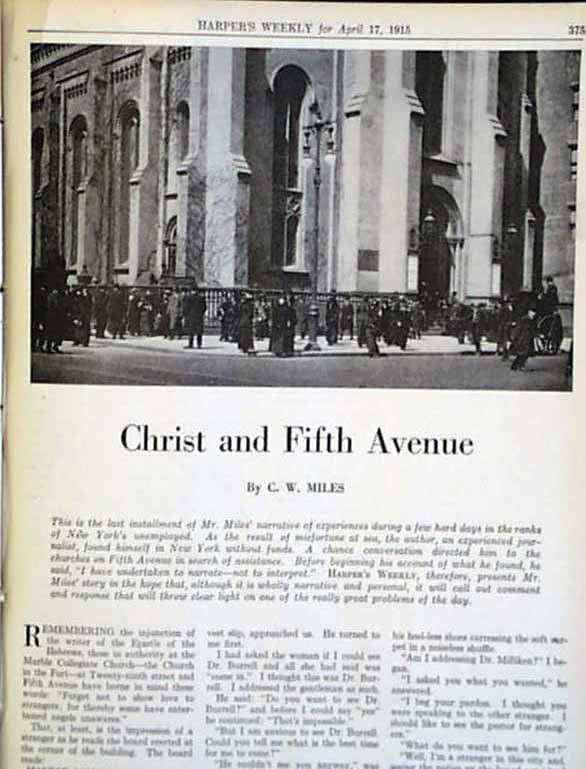 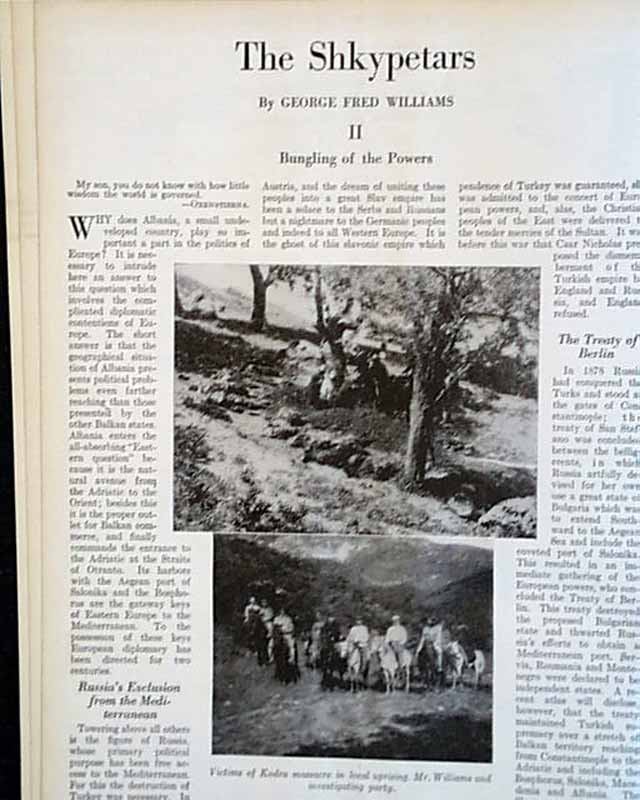