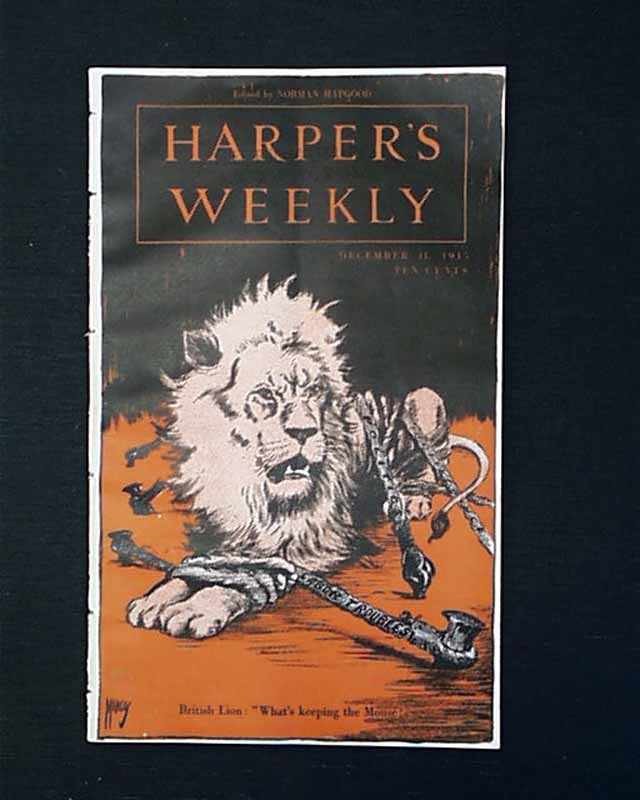 This issue has a color cover page before the title page which has an illustration titled "British Lion: 'What's keeping the Mouse?'" by Marcus. On the back of the cover page there is a photo of "Sunday Dinner."

In this issue, there are several articles including "Hockey, for Boys and Grown-Ups" by Herbert Reed; "The Chicago Clothing Strike" by Edith Wyatt; "Hits on the Stage" which includes a half page photo of "Romeo and Juliet"; "The Land of the Ox-Cart" by Elon Jessup; "Why Price Maintenance is Right" by Norman Hapgood; "Asia and the War" by Achmed Abdullah and "Moving Pictures Today" by Harold E. Stearns plus much more.

There are also several illustrations in this issue including "Pen and Inklings--Time the Jester" by Oliver Herford and the double page centerfold illustration which is titled "The Last of the Herd" by Morris "after famous painting." There is also a full page photo called "Paris Smiles."