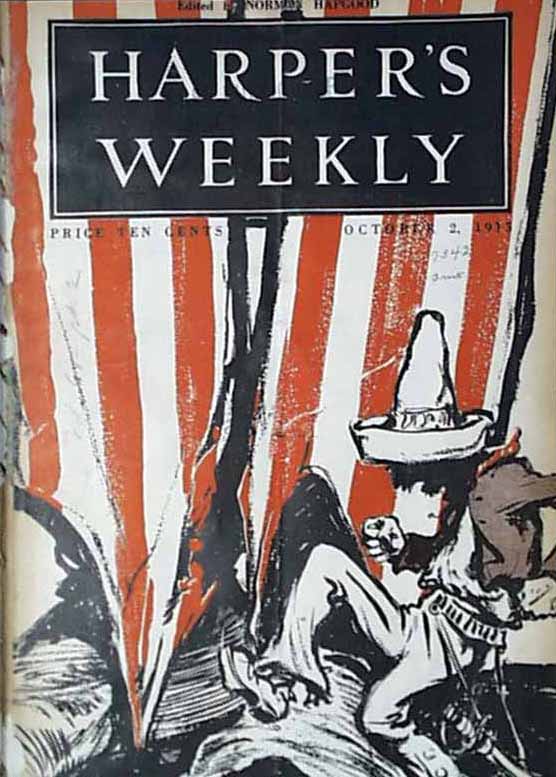 This issue has a color cover page before the title page which has an illustration by Enright. On the back of the cover page there is a photo of "James F. J. Archibald."

In this issue, there are several articles including "Patten in Pink Whiskers" by Operative No. 48; "The War's Blind"; "Matthew Vassar, Feminist" by Pauline K. Angell; "A Fight Against Gas" by a British officer; "Time, Football Tyrant" by Herbert Reed and "Miss Howe--Pioneer" by Harriet M. Blake.

There are also several illustrations in this issue including "Pen and Inklings--Speaking of Cages" by Oliver Herford and the double page centerfold illustration which is titled "So Sorry!" by Morris.