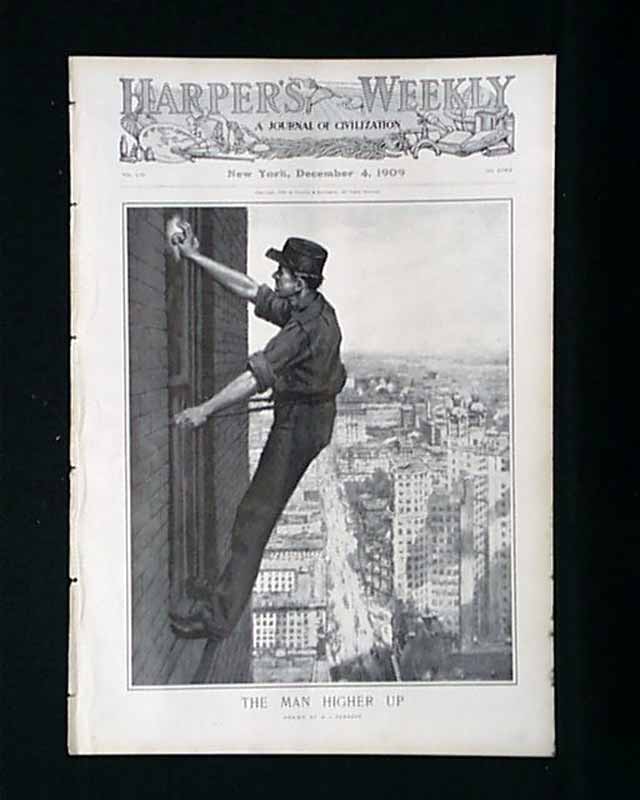 The front page of this issue has an illustration of "The Man Higher Up" by G. J. Perrett.

This issue has "Four Notable "Old Masters" From Mr. C. P. Taft's Collection of Paintings." There is a photo of "An Englishman's American Bride--Miss May Kinder" and a photo spread of "The Air-Ship Dispossesses the Horse." Also in this issue is a double page illustration of "The Accident to the Transcontinental Flyer" by Harry Grant Dart plus illustrations of "The Day After the Party" by Mary Sigsbee Ker; "A Gallery of Golfers--Eddie Blackwell" by Kemble and much more.