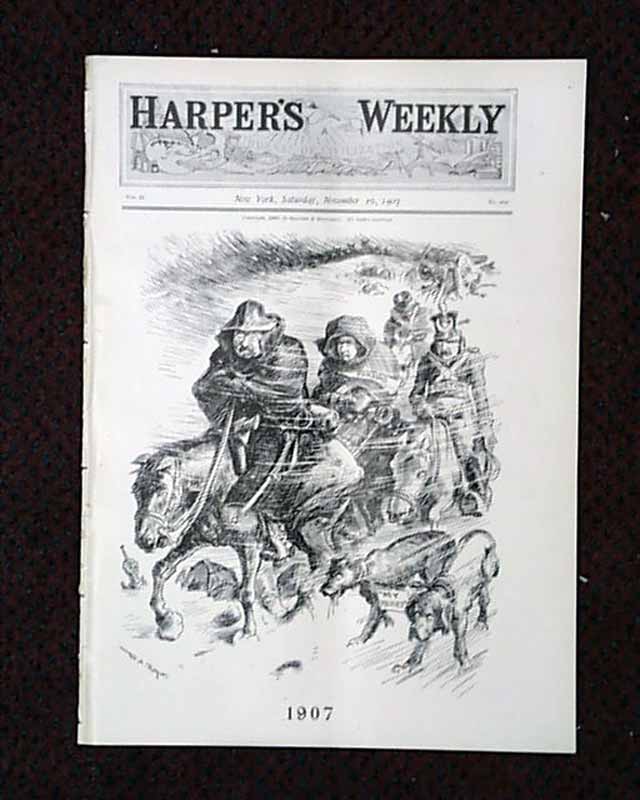 
HARPER'S WEEKLY, New York, November 16, 1907Contains a front page illustration, "1907", by W. A. Rogers. There are photos of "The Wireless Transatlantic Service in Operation"; "Two Notable Paintings in the Year's Exhibition of the New York Water-Color Club"; "The Newest Sport Royal--King Alfonse Shooting Sea Gulls from His Yacht" and "Discussing and Deciding the Great British Railway Strike Issue." Also, there are illustrations such as a double page illustration of "The Emotions--Love" by James Montgomery Flagg, and other advertisements of the day are included as well. See photos for full details.

United States declaration of war upon...