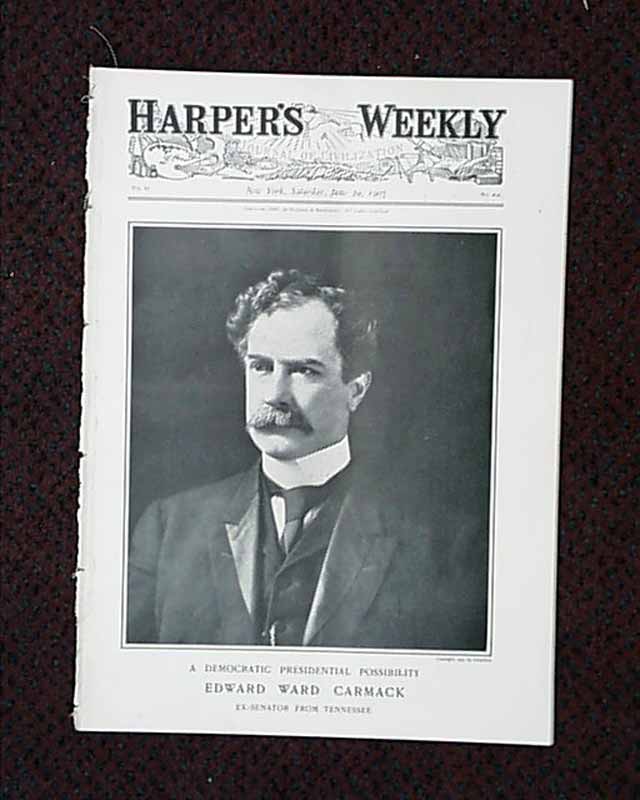 
HARPER'S WEEKLY, New York, June 29, 1907 There is a front page photo, "A Democratic Presidential Possibility--Edward Ward Carmack--Ex-Senator From Tennessee." There are photos of "Richard Croker, Derby Winner." There also are two illustrations, one of "In Camp With the Seventh New York" by Gordon Grant, and the other by James Montgomery Flagg called "Literature"; there is an article and a photo of "A Newly Discovered Portrait of Pocahontas" by Helen Marshall Pratt, and other advertisements of the day are included as well. See photos for full details.