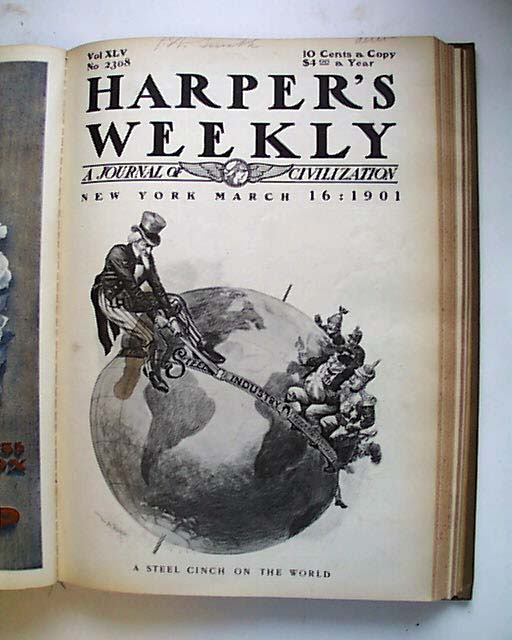 
HARPER'S WEEKLY, New York, March 16, 1901 Frontpage cartoon Uncle Sam  "A Steel Cinch On The World" by Rogers; The Sportsmen's Show At The Madison Square Garden; doublepage photos of the Inauguration of President McKinley;  Gruson Coast-Defence Turrets; doublepage centerfold "After The Theatre, - Stopping At The Waldorf-Astoria For Supper" by  Hutt; The Philippine Problem; and other news of the day. See photos for full details.