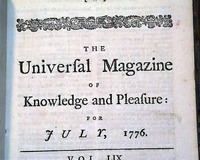 Item #681282
THE UNIVERSAL MAGAZINE, London, England, complete bound volume of six months for July thru December, 1776 plus the Supplement issue as well.

It would be difficult to argue for a more important document in American history than the Declaration of Independence. It remai... See More 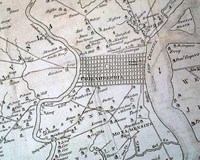 Certainly the prime feature of this issue is the very nice foldout map titled: "A Map of Philadelphia and Parts Adjacent, by N. Scull & G. Heap" which shows the street grid of Philadelphia plus the various towns, roads, streams & rivers in the ... See More 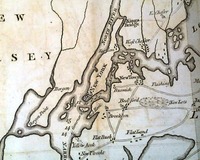 This issue is filled with a great wealth of notable content concerning the Revolutionary War, however the prime piece here is the nice foldout map titled: "Sketch of the Country Illustrating the late Engagement in Long Island".
The map measures 9 by 13 inches & sho... See More 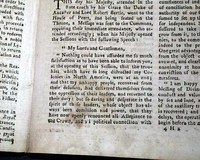 Certainly a very uncommon title from the 18th century, formatted much like the more common 'Gentleman's Magazine" or the era.
A speech in Parliament mentions the hope that Americans would return to their allegiance to the K... See More 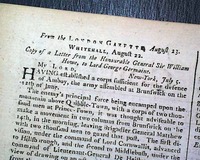 The front page has: "...a correct & authentic distribution of the British forces under the command of Sir William Howe, from an officer of distinction just arrived from New York." with a nice accounting of the troops (see phot... See More