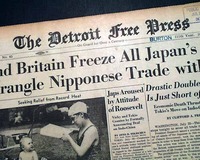 
THE DETROIT FREE PRESS, Massachusetts, July 26, 1941  This 18 page newspaper has a one column headline on page 9: "Grove Hits for Victory No. 300" with 1/2 column photo of Grove.
Other news of the day throughout. Little margin wear, otherwise good. 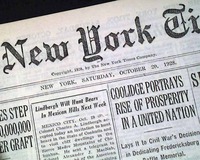 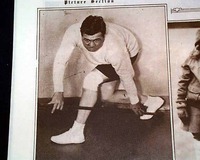 Unusual to see Babe Ruth working out as he was better known as someone who was prone to over-eating an... See More 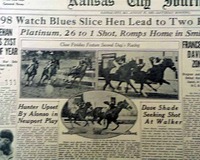 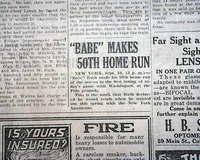 A rather small report in the bottom half of the front page has a one column head: " 'BABE' MAKES 50TH HOME RUN" with the text reading: " 'Babe' Ruth made his 50th home run of the season in the first inning of today's game with Washington: at the Polo grounds. This is the m
... See More 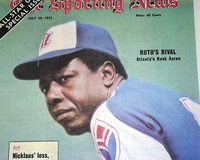 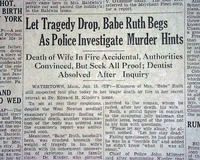 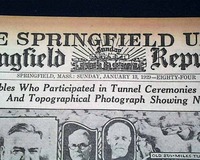 This 40+ page newspaper has a nice four column cartoon pictorial of new York Yankee slugger Babe Ruth by Feg (Frederic) Murray on page 24. This pictorial is very detailed as it shows some of his career accomplishments. News of the day throughoit this issue. Some browning at the m
... See More 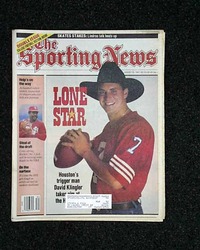 THE SPORTING NEWS, St. Louis, Missouri, August 26, 1991. Certainly the premier newspaper/magazine for the sporting world, its 40+ pages are simply filled with the latest news in American sports, including a front page photo which was the highlight of the week. The top names and events of all American sports eventually found their way in the pages of The Sporting News.


NEW YORK TIMES, Aug. 8, 1946  Pg. 21 has a 2 line, 1 col. head: Tony Lazzeri Dies; Starred On Yanks & subhead: Second Baseman During Era of Babe Ruth Succumbs at 42--Famed as Clutch Hitter. One col. photo of Tony Lazzeri. Minor tear in the margin next to the spine.