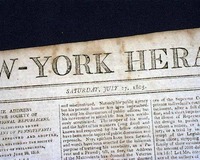 Page 3 has a municipal item: A Law for the amendment of the law for the appointment of a Superintendent of Scavengers. Concerned the possession or sale of oysters in the city from June thru September. Other news of the day. Area of foxing in unrelated content, otherwise in good condition.
... See More 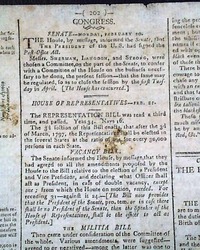 Debating who will replace the President...

The "Vacancy Bill" on pg. 2 says the Senate agreed to all the amendments, except one, regarding what officer should act as President in case of a double vacancy. It further states that the one amendment was receded and that: "The Bill now provides that the President of the Senate, pr... See More 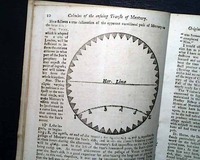 
THE GENTLEMAN'S MAGAZINE, London, January, 1789  Among the articles are: "Calculus of the Ensuing Transit of Mercury" which includes an illustration (see photos); "Thoughts on dueling" "Cruelty Towards Animals, Particularly Horses, Reprobated" and much more. Near the back is news from: "America" with various items including laws for shipping, a repo... See More 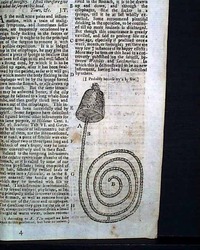 Item #640625
SUPPLEMENT TO THE GENTLEMAN'S MAGAZINE, London, England, 1750  This "Supplement" issue was created at the end of the year.
The first article is the continuation of the: "History of the Crusades" with related subheads including "Jerusalem Retaken--Crusade against the Pagans". Other articles include: "Lunar Observations", "Amendment Proposed
... See More

Add to Cart
If you are searching for a newspaper from a specific date, please note that we have a vast selection available for purchase by using the date picker on our gifts and birthday newspapers page.
← Previous 1 2 3 4 5 6 7 8 Next →
[ RSS Feed ]
eBay items updated by Auction Nudge