Home > Back to Search Results > Battle of Murfreesboro and much more...
Click image to enlarge 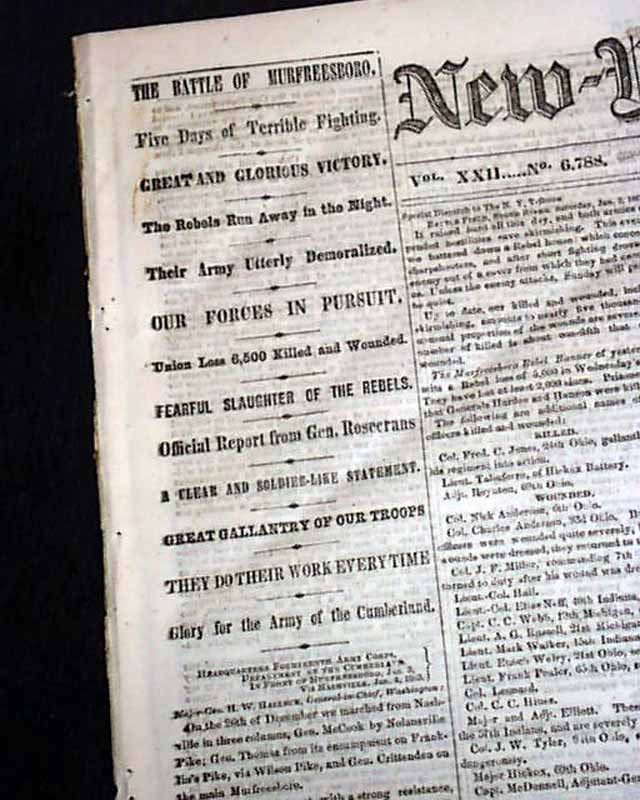 Battle of Murfreesboro and much more...


NEW YORK TRIBUNE, Jan. 6, 1863  Among the many front page column heads on the Civil War are: "THE BATTLE OF MURFREESBORO" "Great & Glorious Victory" "Their Army Utterly Demoralized" "Our Forces In Pursuit" "Fearful Slaughter of the Rebels" "The Last Attack by the Rebels" "They Sustain a Terrible Defeat" and much more. Also: "Capture of Vicksburg" "Another Glorious Victory" and: "Another Victory In Tennessee" "Defeat of the Rebel Gen. Forrest" "Finally Routed with a Loss of 1,800" and much more.
Eight pages, nice condition.