Home > Back to Search Results > The Yankees at Atlanta... Dispatches from U.S. Grant...
Click image to enlarge 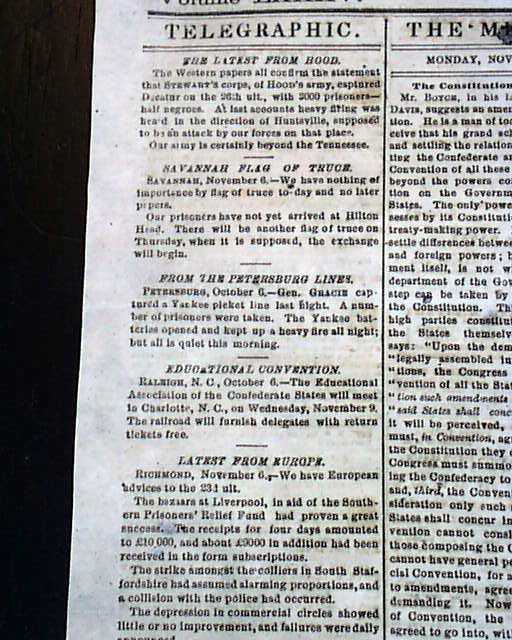 The Yankees at Atlanta... Dispatches from U.S. Grant...

Among the front page reports on the Civil War are: "The Latest From Hood" "Savannah Flag of Truce" "Latest Northern News" "The Constitution to be Amended" "Letter from Richmond" "From the Northern Papers has 2 dispatches signed in type: U.S. Grant; "A Review of Hood's Army as it Passed Through Villanow" "The Yankees At Atlanta and Marietta" and more.
Some war items on the back page but mostly taken up with ads.
Complete as a single sheet issue, full banner masthead, very nice condition. From the closing months of the Civil War.