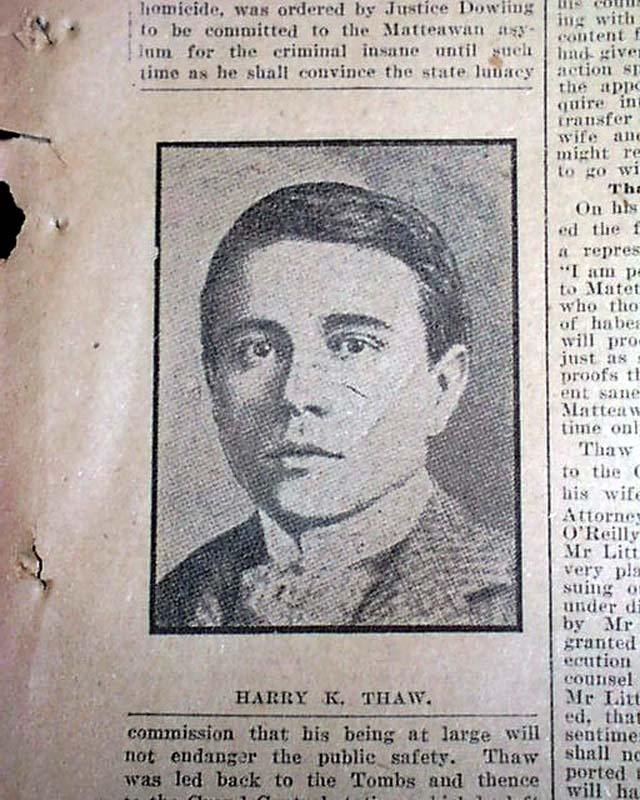 The top of the front page has a one column heading: "For Criminally Insane" with subheads and photo. (see)
Complete with all 22 pages, light toning, some wear along the spine, should be handled with care.