Home > Back to Search Results > Creating the "parachute"...
Click image to enlarge 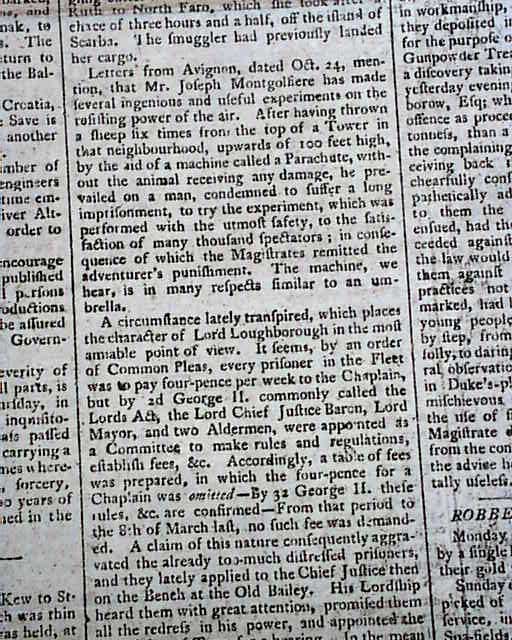 
THE WHITEHALL EVENING POST, London, Nov. 6, 1784  Page 3 has a very early report on ballooning, with: "...that Mr. Joseph Montgolfier has made several ingenious & useful experiments on the resisting power of the air. After having thrown a sheep six times from the top of a tower in that neighbourhood...by the aid of a machine called a Parachute without the animal receiving any damage, he prevailed on a man, condemned to suffer a long imprisonment, to try the experiment which was performed with the utmost safety...The machine, we hear, is in many respects similar to an umbrella."
Four pages, never bound nor trimmed with wide margins, red tax stamp on the ftpg., nice condition.