Home > Back to Search Results > Incas of Peru... Indian troubles in the South...
Click image to enlarge 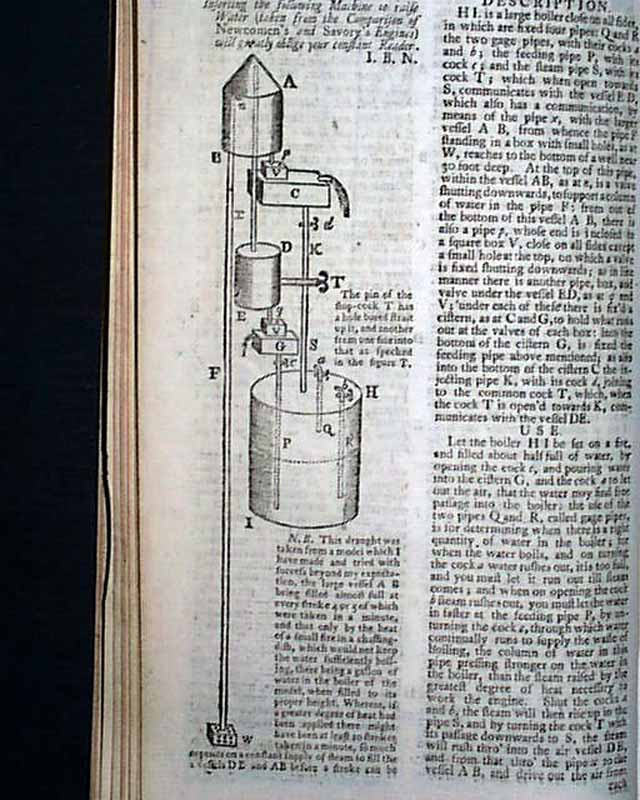 Incas of Peru... Indian troubles in the South...

Item # 619668 GENTLEMAN'S MAGAZINE, London, February, 1752  Among the various articles of interest in this issue are: "History of the Incas of Peru" "Description of a Machine for Raising Water" which a nearly half page illustration; "Diseases of the Virgin Islands & their Remedies" Method of Practice in...Surgery in the West Indies" "Monstrous Birth" with an illustration of it; "Continuation of the Experiments on Medical Electricity" and more.
Near the back is the "Historical Chronicle" with news reports of the day which includes a report from Charleston concerning trouble with the Indians, and also a report datelined "Boston" (see images).
One of the two plates called for is present, being "The Front of Northumberland House next to Charing Cross" measuring 5 by 8 inches.
Complete in 48 pages, measures 5 1/4 by 8 1/4 inches, a full title/contents page featuring an engraving of St. John's Gate.