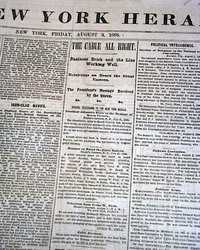 The front page has one column headings that include: "EUROPE" "Dates Through the Cable to August 1" "THE CABLE ALL RIGHT" "Business Brisk and the Line Working Well" and more. Coverage on the 2nd Atlantic cable being used for the first time.
Complete in... See More 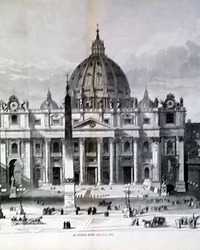 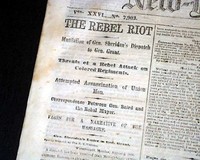 The rebel riot at New Orleans... 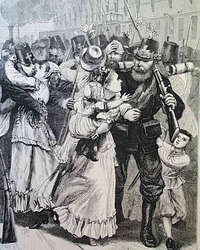 War map of Austria versus Prussia...


THE SEMI-WEEKLY TIMES, New York, Aug. 10, 1866 The front page id dominated by a very large map headed: "THE WAR BETWEEN AUSTRIA & PRUSSIA--Scene of the Late Battles & Present Position of the Prussian Army." which shows from Prague to Presburg and Neisse to Linz (see photos). Complete in 8 pages with tears at the top margin, otherwise never bound nor trimmed. 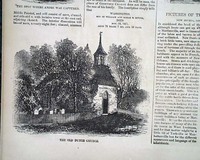 
HARPER'S WEEKLY, New York, Aug. 11, 1866  Perhaps the most noteworthy prints are in recognition of Washington Irving, which includes details about his life. Among the related prints are "The Old Dutch Church," of North Tarrytown (current day Sleepy Hollow), which featured prominently in "The Legend of Sleepy Hollow."
Other prints include: the front page: 'Review o... See More 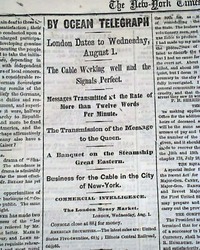 The top of page 5 has one column headings that include: "BY OCEAN TELEGRAPH" "London Dates to Wednesday, August 1" "The Cable Working well and the Signals Perfect" and more. A nice example of the early days of communication between America an... See More 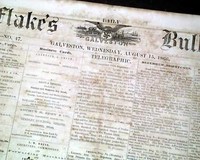 From Galveston shortly after the Civil War...

An uncommon title from shortly after the end of the Civil War. Eight pages with various news of the day & a great wealth of ads. Whole holes in the bottom half, one is quarter-size, others much smaller (see). ... See More 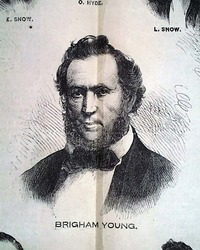 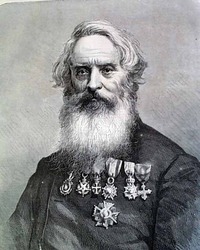 The Freedmen's procession marching to the Institute -The Struggle for the Flag...