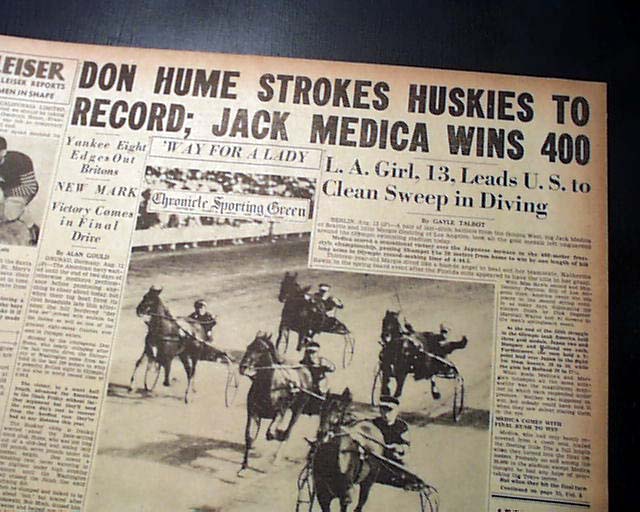 The top of the front page of the sport's section (page 21) has a nice headline: "DON HUME STROKES HUSKIES TO RECORD" with subheads. (see) This crew would win the gold medal by upsetting the Nazi crew just 2 days later.
Complete with all 32 pages, light toning at the margins, some small binding holes along the spine, generally nice.