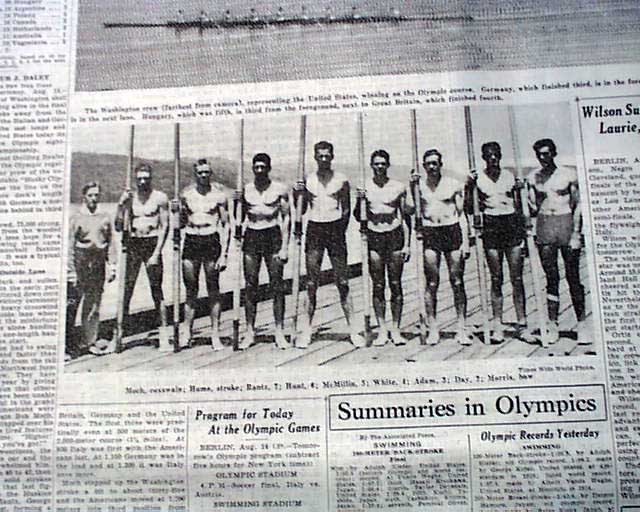 The sport's section (page 7) has a banner headline: "Fifth Successful Olympic Eight-Oared Rowing Title Is Captured by U. S." with subheads and 2 related photos, one showing the famous crew from the University of Washington. (see)
First report coverage on the University of Washington Huskies crew winning the gold medal vs. Nazi Germany in the 1936 Summer Olympics in rowing. Always nice to have notable events in history reported in this World famous publication.
Other news, sports and advertisements of the day. Complete with all 30 pages, rag edition in nice condition.