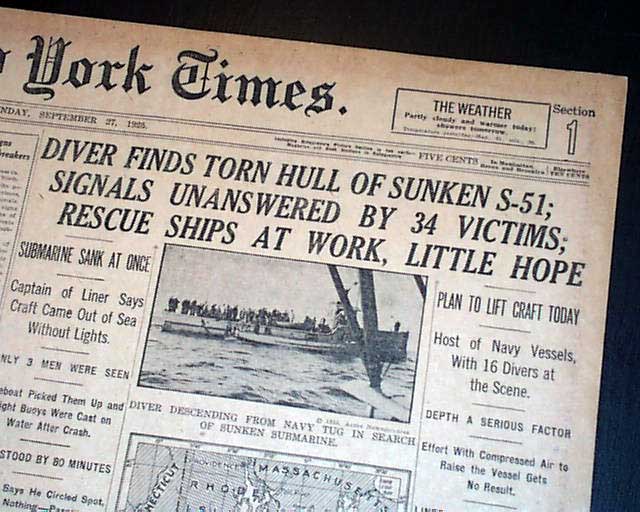 The top of the front page has a four column headline: "DIVER FINDS TORN HILL OF SUNKEN S-51; SIGNALS UNANSWERED BY 34 VICTIMS; RESCUE SHIPS AT WORK, LITTLE HOPE" with many subheads. (see) More on pages 2 & 3 with some related photos. Coverage on the sinking the USS S-51 (SS-162) submarine near Block Island off of Rhode Island. Always nice to have notable events in history reported in this World famous publication.
Other news, sports and advertisements of the day. Complete with all 30 pages, light toning, a few small binding slits along the spine, generally nice.