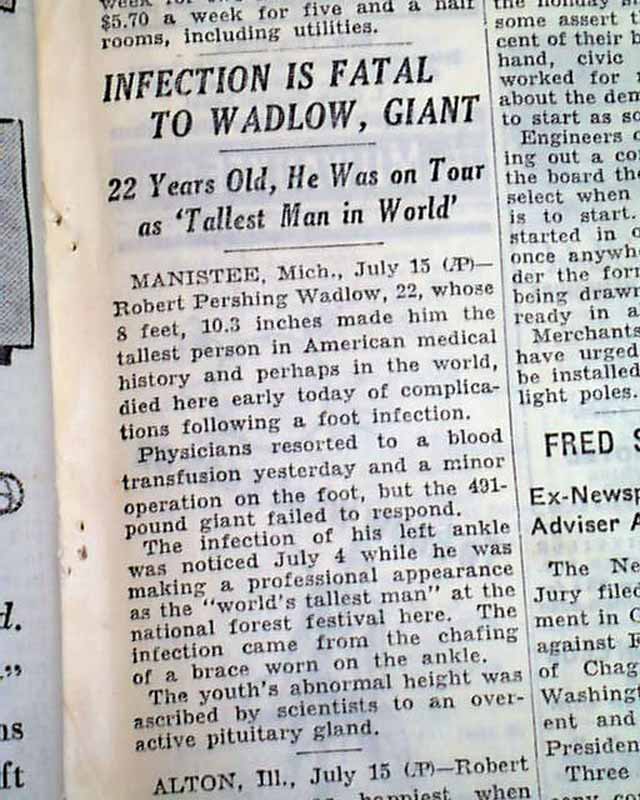 Page 19 has one column headings: "INFECTION IS FATAL TO WADLOW, GIANT" and "22 years Old, He Was on Tour as "Tallest Man in World". (see)
Complete with 38 pages, rag edition in nice condition.

wikipedia notes: Robert Pershing Wadlow (February 22, 1918 – July 15, 1940) is the tallest person in history for whom there is irrefutable evidence. Wadlow is sometimes known as the Alton Giant or Giant of Illinois because of his upbringing in Alton, Illinois.

Wadlow reached 8 ft 11.1 inches in height and weighed 485 pounds at his death at age 22. His great size and his continued growth in adulthood was due to hypertrophy of his pituitary gland which results in an abnormally high level of human growth hormone. He showed no indication of an end to his growth even at the time of his death.