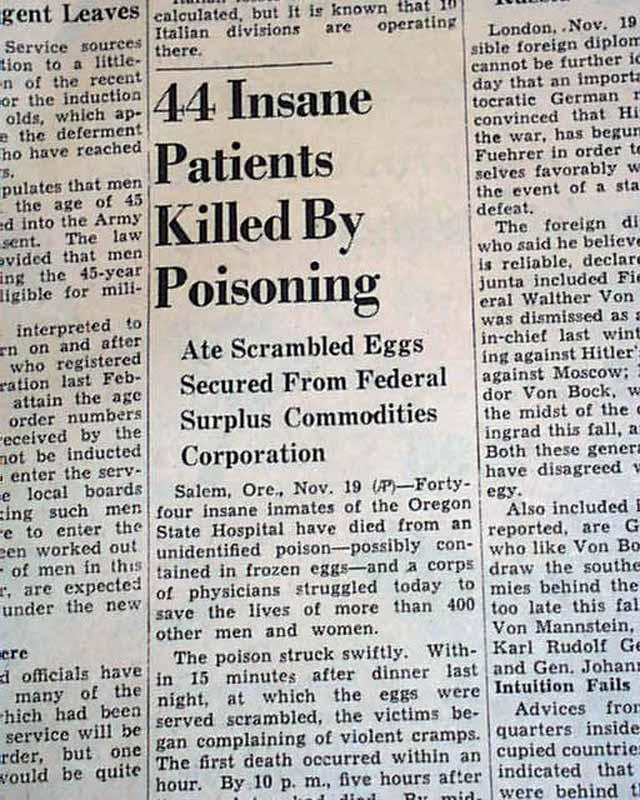 The front page has a one column heading: "41 Die, 400 Ill From Asylum Eggs" (see)
Complete with all 32 pages, light toning at the margins, somw small binding holes along the spine, generally good.

wikipedia notes: On November 18, 1942, a mass poisoning occurred at the hospital after a dinner serving of scrambled eggs. Within minutes patients complained of stomach and leg cramps, began vomiting, and had respiratory difficulties. Overall, 467 people got sick and 47 people died. Forensic examination determined that the poisoning was due to a mix-up in the kitchen. Instead of powdered milk, sodium fluoride, a poison to kill cockroaches, had been used in the cooking process.