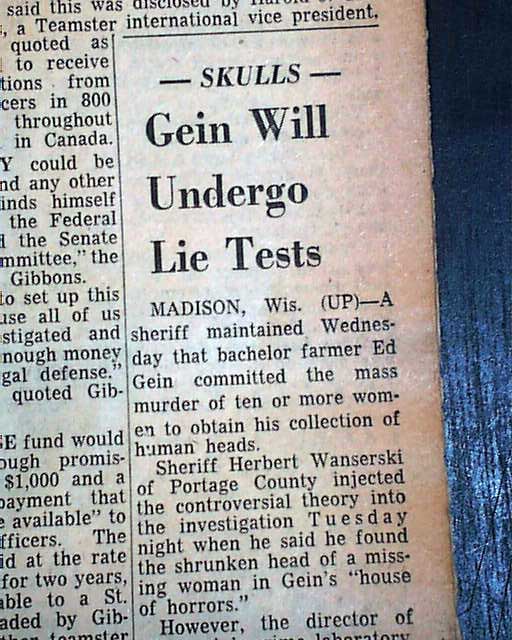 The front page has a one column heading: "Gein Will Undergo Lie Tests" with caption "Skulls". (see) His killings, collecting of corpses and what he did with those bodies where portrayed in many movies including "Psycho" and "Silence of the Lambs" .
Sixteen pages, light toning and minor wear at the margins, generally good.