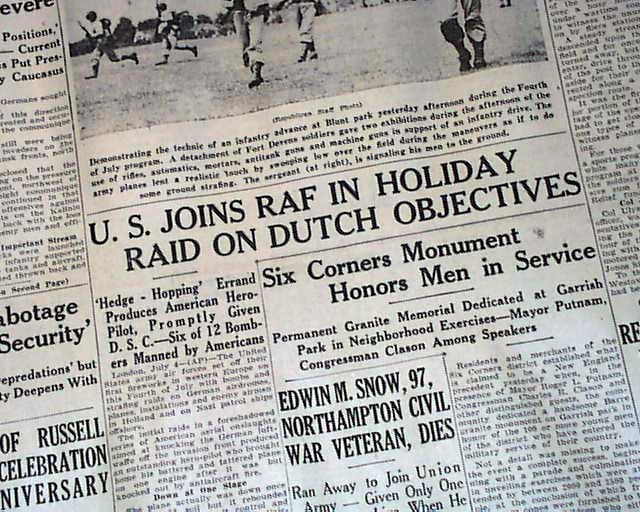 The front page has a three column heading: "U. S. JOINS RAF IN HOLIDAY RAID ON DUTCH OBJECTIVES" with subhead: "...Six of 12 Bombers Manned by Americans" This was the very 1st use of the United States Air Force over enemy occupied Europe.
Complete with 30+ pages, light toning and a little wear at the margins, generally in good condition.