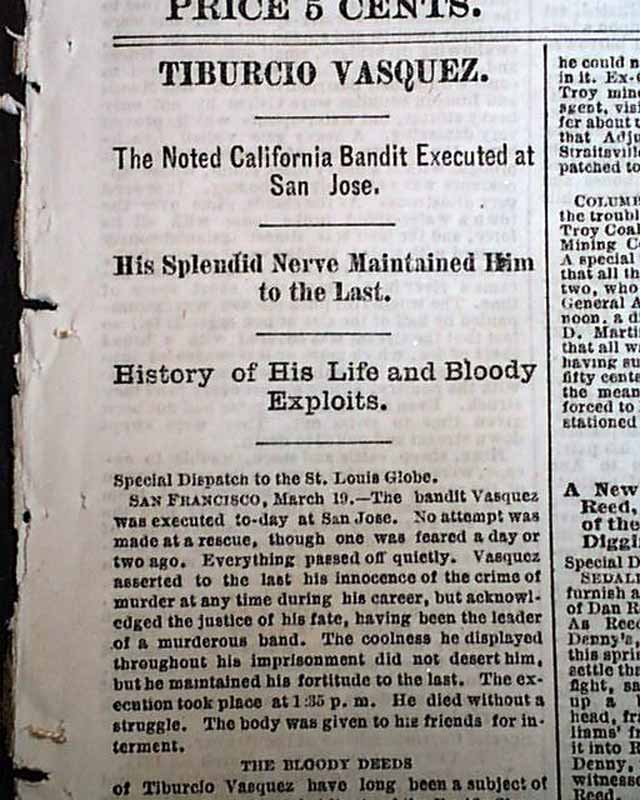 A great issue as the first column of the front page is mostly taken up with: "TIBURCIO VASQUEZ" "The Noted California Bandit Executed at San Jose" "His Splendid Nerve Maintained Him to the Last" "History of His Life and Bloody Exploits".
Vasquez was a noted Southern Calif. bandit who terrorized the area for 20 years. The Vasquez Rocks just north of Los Angeles are named for him, one of his many hideouts.
Eight pages, small address label on the ftpg., great condition.