Home > Back to Search Results > The Custer massacre at Little Big Horn...
Click image to enlarge 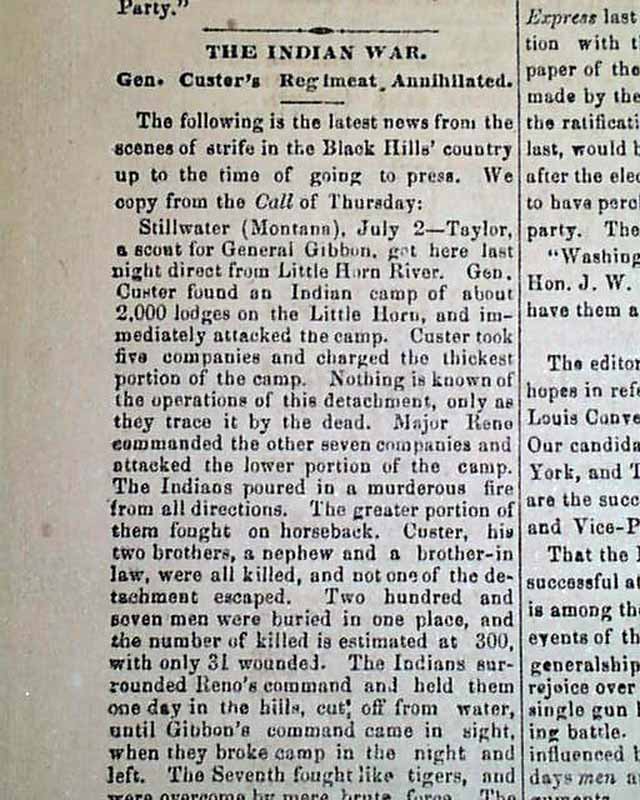 This issue has a nice page 4 report providing all the details and particulars on the famous Custer Massacre at Little Big Horn. In the middle of the report is mention that several members of the Custer family were killed in the battle. Note that it also reports: "The Indians poured in a murderous fire from all directions...". It also states that during the attack on Reno's command, "...The seventh fought like tigers, [but] were overcome by mere brute force...".
Near the end of the report it mentions a few more details about the battle: "The Indians got all the arms of the killed soldiers....the whole Custer family died at the head of their column... [and] The Indians actually pulled our men off their horses in some instances."
Fine Americana item and even more desirable because the report is in a newspaper from the "Old West".
Eight pages, loose at the spine, even toning, minor margin wear, otherwise very good. 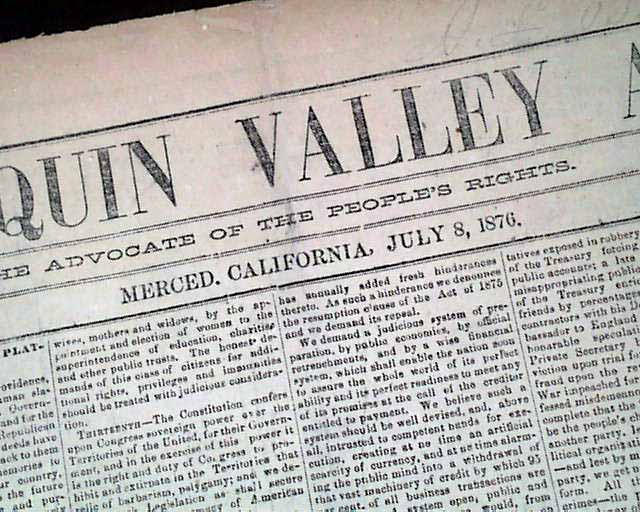 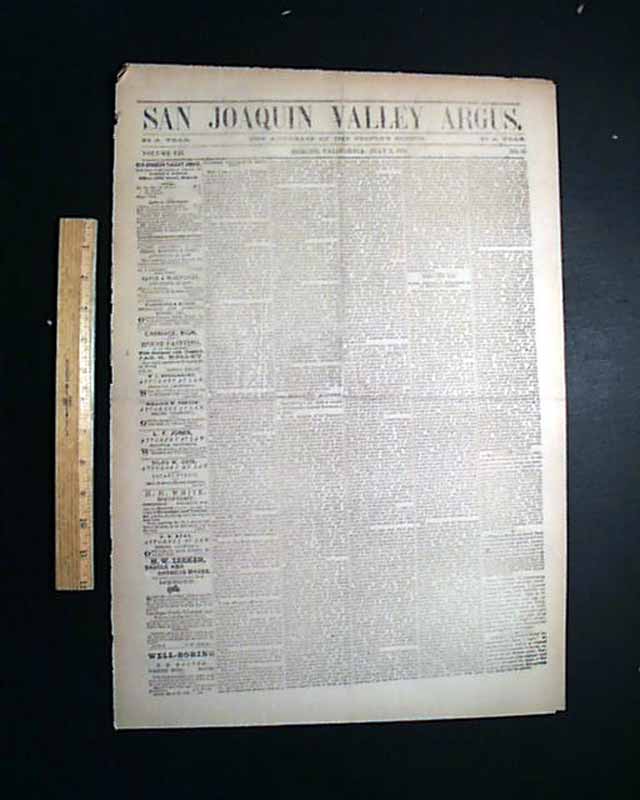 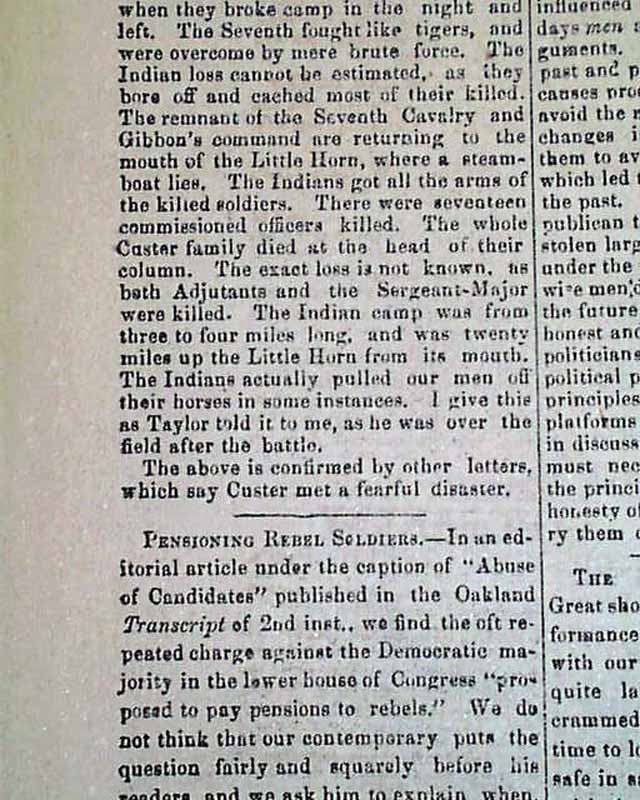 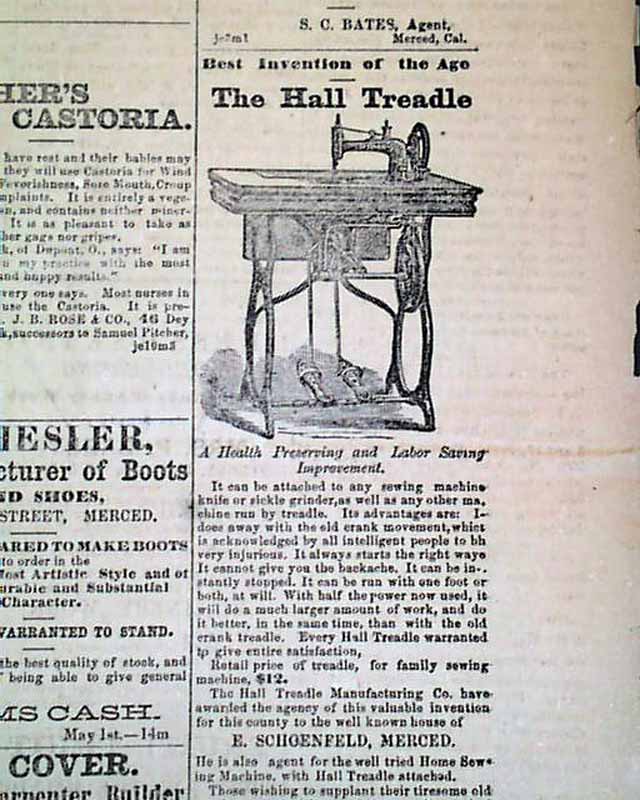 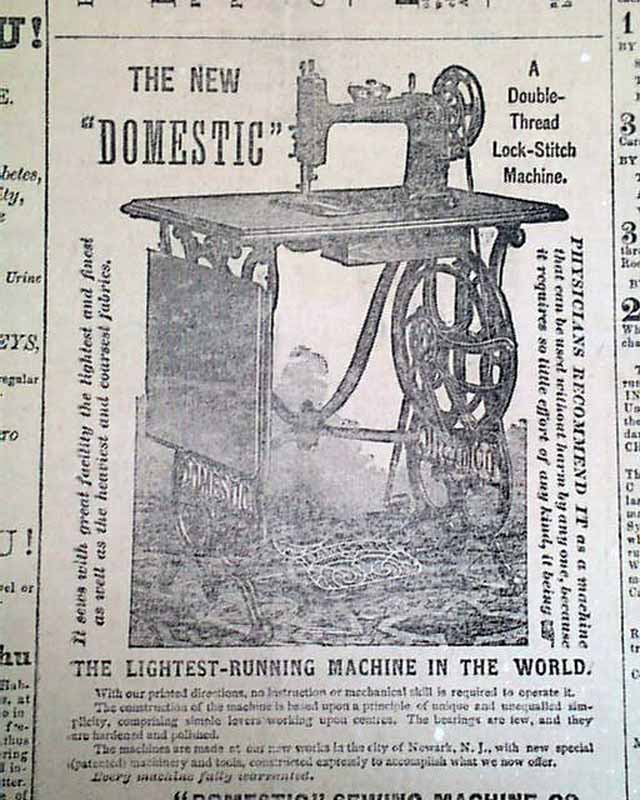