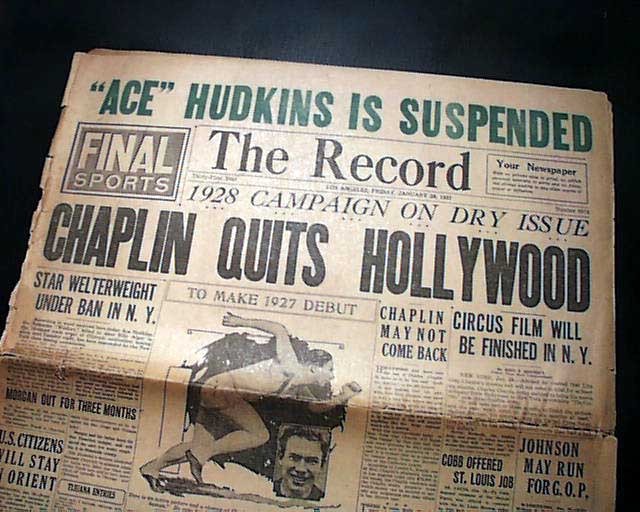 The front page has a great banner headline: "CHAPLIN QUITS HOLLYWOOD" with subhead. (see) Probably on found in a L.A. publication, the home of the entertainment industry. Very rare as such.
Twenty-four pages, major separation along the central fold throughout the pages causing a little text loss, some margin wear, MUST BE HANDLED WITH CARE, Still nice for display. Sold as is.