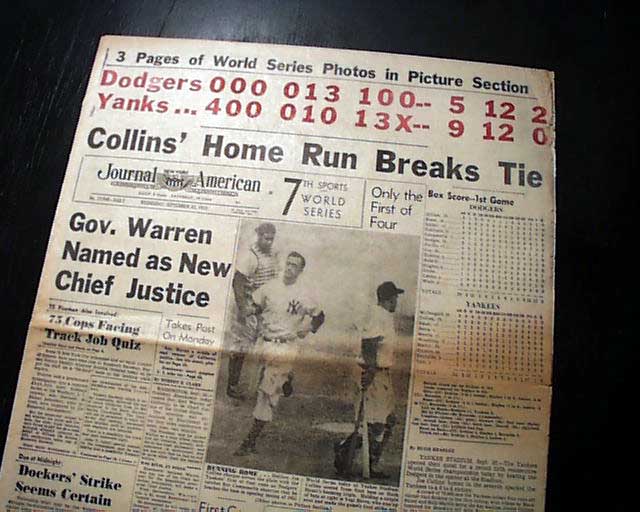 The front page has a banner headline above the masthead: "Collins' Home Run Breaks Tie" with box scores and related photo. (see) Also scoreboard in red lettering also above the masthead. Nice for display. Nice to have in this uncommon NYC publication.
First section only with 12 pages, light toning around the central fold, a little wear along the right margin, generally good.