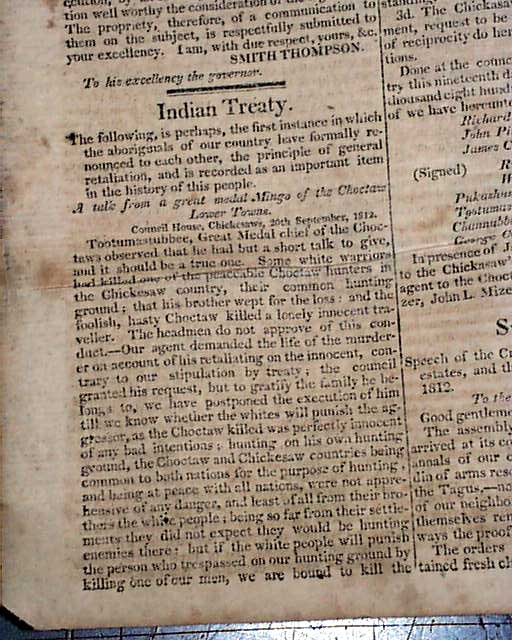 
THE WEEKLY REGISTER, Baltimore, Nov. 14, 1812 Inside has a report headed: "Indian Treaty" concerning the Choctaw Indians. Also: "Events of the War" take over 5 1/2 pages with subheads: "General Tupper to General Harrison" from Urbana; a letter from "Camp Near Defiance" signed by J. Winchester; "Report of the Battle of Queenstown" which is notable; "Naval' which includes a letter signed: John Rodgers from the frigate President; "American Prizes" "Offensive and Defensive!" "Frontier Distances" and more. Also inside is: "Constitution of the U. States - Amendments Proposed" (see photos). Also: "Proceedings of Congress" with 2 letters signed by: James Madison,
President.
Sixteen pages, 6 1/4 by 9 1/2 inches, a little foxing, generally nice.