Home > Back to Search Results > Objecting to a law against immorality...
Click image to enlarge 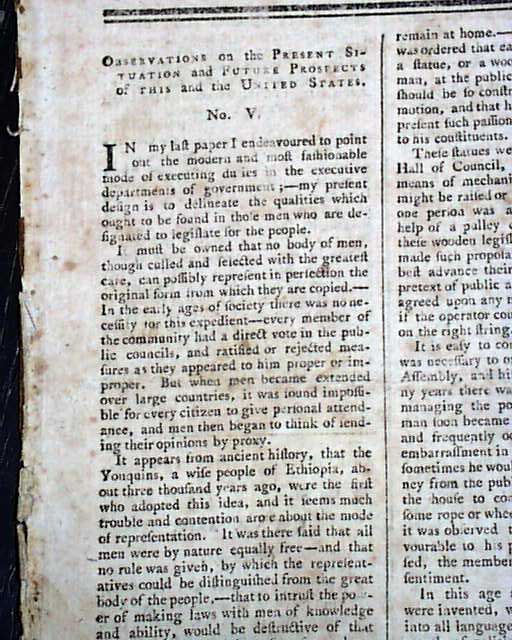 Objecting to a law against immorality...


THE NEW HAVEN GAZETTE & THE CONNECTICUT MAGAZINE, March 16, 1786 (year in Roman numerals)  All of page 1 & most of pg. 2 are taken up with essay #5 on: "Observations on the Present Situation & Future Prospects of This and the United States".
Inside has an interesting article concerning Virginia giving up some of its land to the district of Kentucky. Another article begins: "A writer in a late Penna. paper objects to the passing of a bill in that state for the suppression of vice and immorality. Gaming, profaneness and drunkenness are vices so fashionable among the great & the rich as well as among the vulgar & the poor...".
Eight pages, 9 by 10 1/4 inches, some staining, minor wear at margins.