Home > Back to Search Results > FDR is re-elected President...
Click image to enlarge 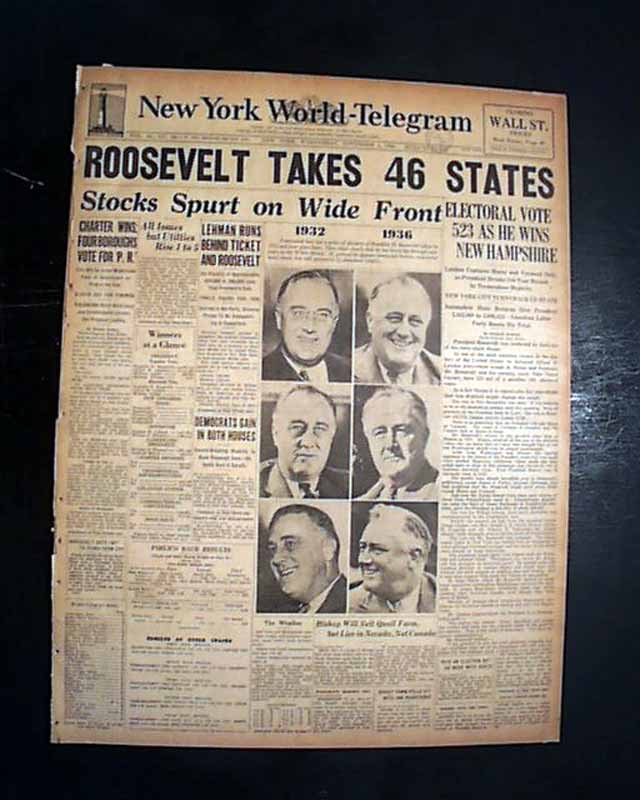 The front page features a nice banner headline that reads: "ROOSEVELT TAKES 46 STATES" with subheads and pictorial of Roosevelt. Nice for display. First report coverage on the re-election of FDR for a second term prior to World War II.
Complete with all 52 pages, light toning and a little wear at the margins, some small binding holes along the spine, generally nice.