Home > Trouble with the Indians...
Click image to enlarge 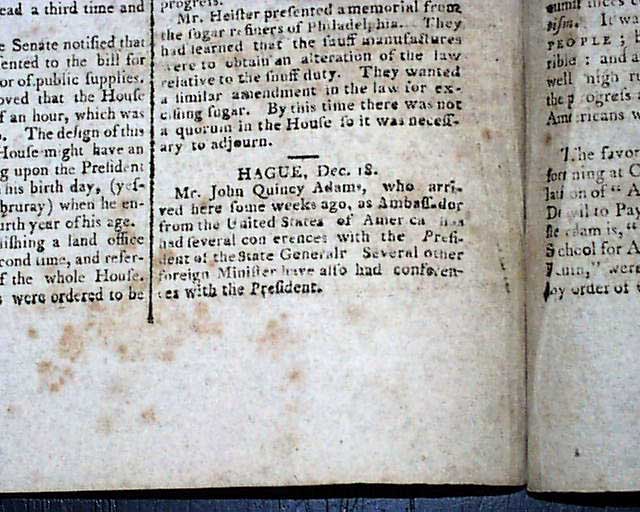 Trouble with the Indians...

Page 2 has an items concerning John Adams as ambassador to The Netherlands. Page 3 has two nice articles concerning relations with Indians, one beginning: "The Western Posts, which have so long been a bone of contention between the U.S. and Great Britain and which are to be delivered up to the American arms in June, 1796, are four in number: Oswego..." with details, and then details also on Niagara, Detroit, and Michillmackinac.
The other items concerns a treaty with the Cherokees, with talk of war involving the Creeks, Choctaws, Chickasaws, etc.
Four pages, very nice condition.