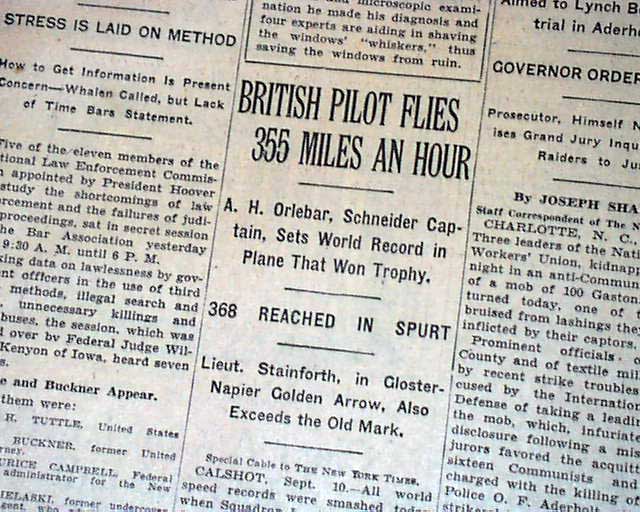 The front page has one column headings: "BRITISH PILOT FLIES 355 MILES AN HOUR" "A. H. Orlebar, Schneider Captain, Sets World Record in Plane That Won Trophy" and more. (see) Nice to have on the front page of this famous NYC title.
Other news, sports and advertisements of the day. Complete in 60 pages, minor irregularity along the spine, nice condition