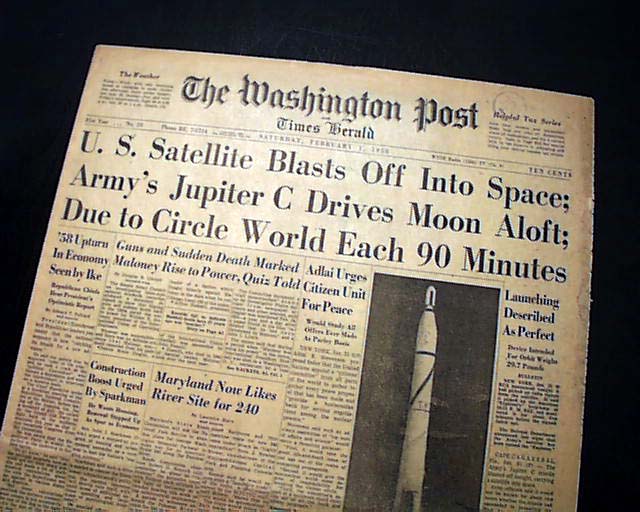 The front page has a nice headline announcing America's successful entry in the space race with: "U. S. Satellite Blasts Off Into Space; Army's Jupiter C. Drives Moon Aloft; Due to Circle World Each 90 Minutes" with subheads and photo of the launch. More on page 2. Keep in mind this was but 5 months after the Soviet Union's successful launch of Sputnik which shocked American scientists and caused a rush to make this launch happen as early as possible (see hyperlink). And also just a few months after America's first effort, which resulted in an embarrassing failure.
Complete 1st section only with 14 pages, a little margin wear, generally nice.