Home > Back to Search Results > Hitler declares war on Russia in 1941....
Click image to enlarge 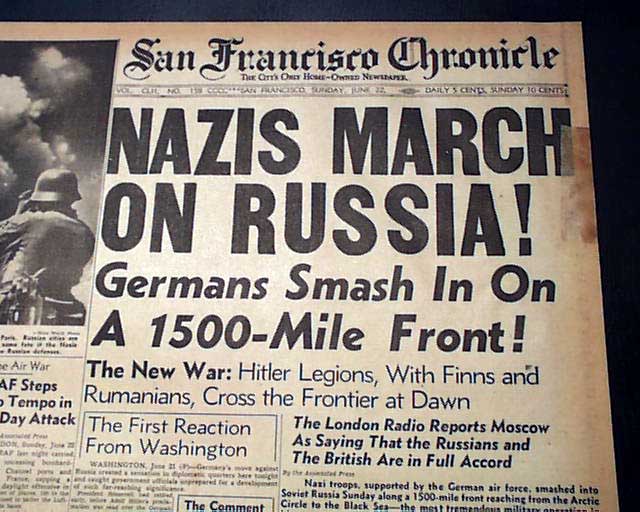 The front page has a nice headline: "NAZIS MARCH ON RUSSIA; Germans Smash In On A 1500-Mile Front !" with subheads and small photos of Hitler and Stalin. (see) Nice for display.
Complete with all 40+ pages, light toning at the margins, two archival mends along the right margin slightly affects the headline, small binding holes along the spine, generally nice.